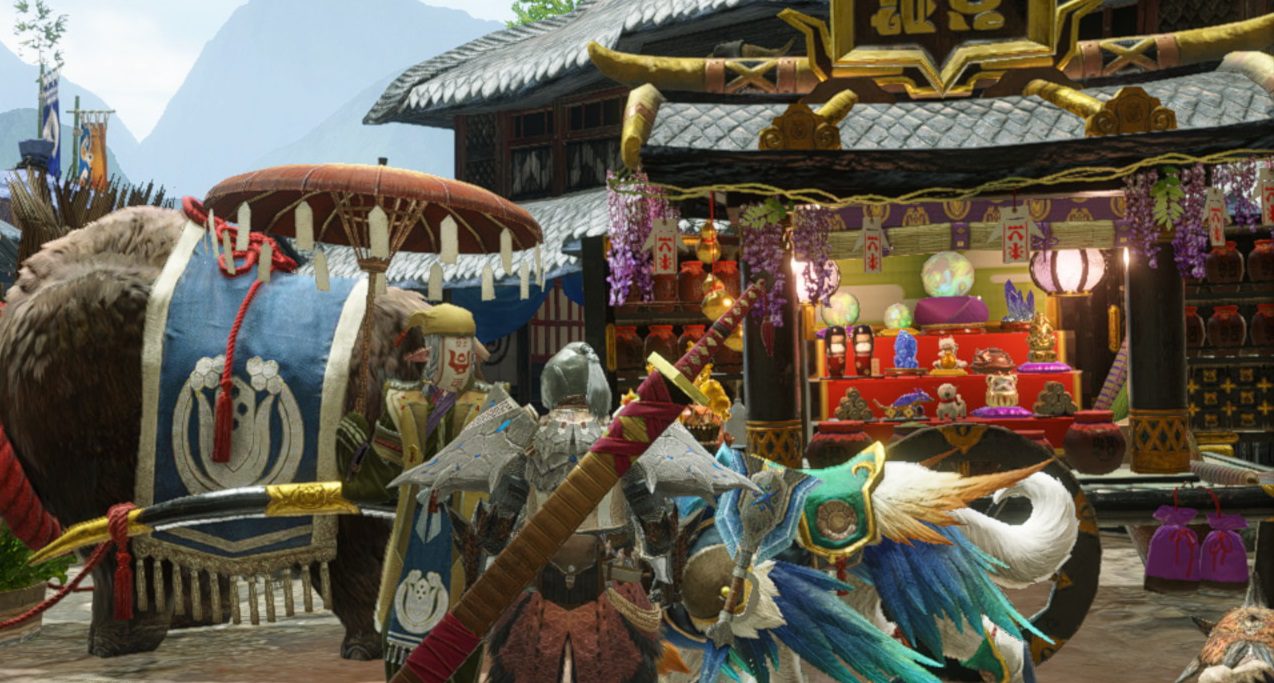 Monster Hunter Rise has amiibo functionality at large; beyond the scope of the three official Rise figures we already know about. 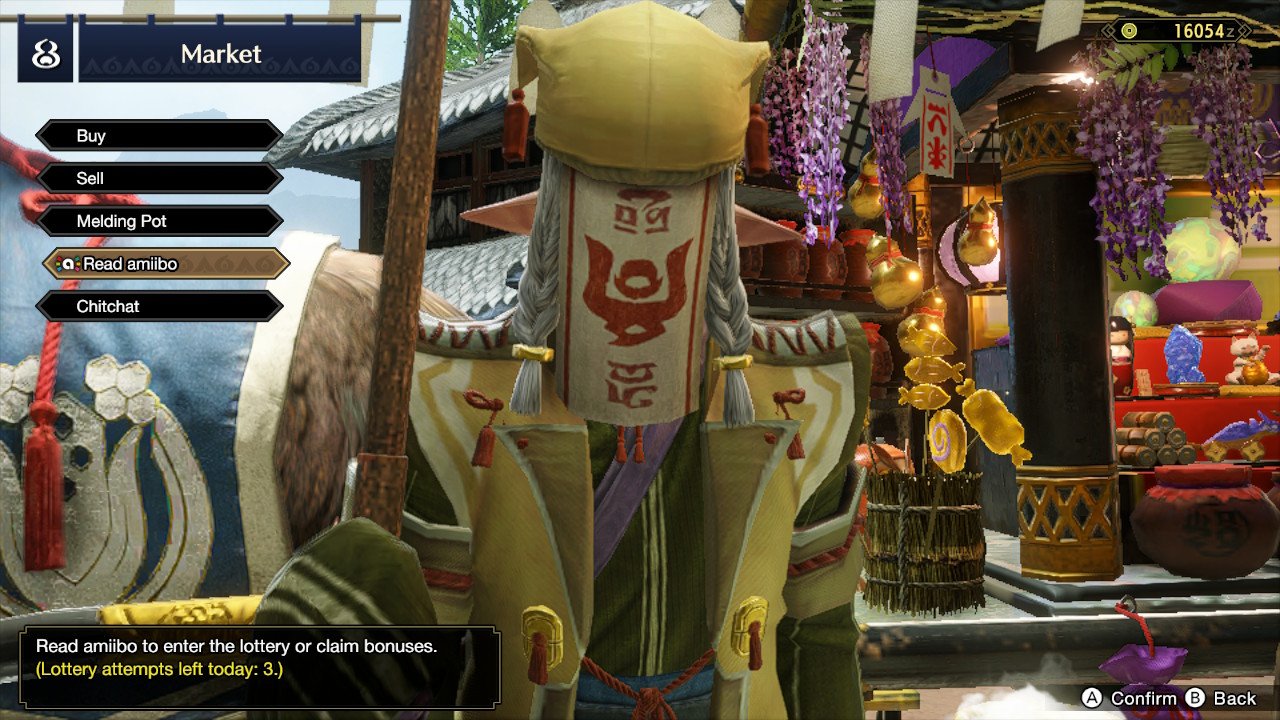 Once you progress to a certain point of the game (for me, it was after completing the last urgent quest following the four star village questline), you’ll unlock amiibo functionality. Some players are reporting that they’ve unlocked it earlier. 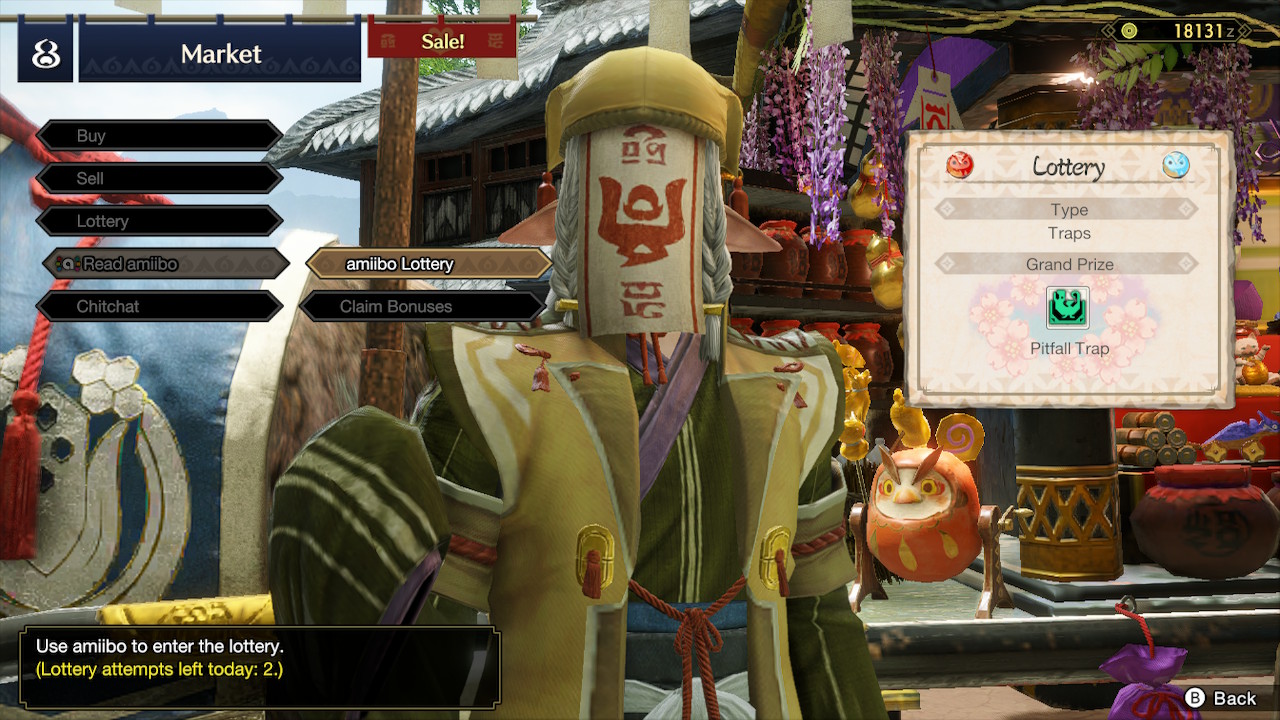 Head to this market NPC here in the village square, and select the amiibo menu option. Scan an amiibo and reap the benefits of random items. Done! You can read three amiibo a day for these bonuses. But, if you own one of the aforementioned Rise trio, you can also scan them separately for bonuses.

As a reminder, that’s Magnamalo armor (Magnamalo), a Palamute cosmetic (Palamute), and a Palico cosmetic (Palico). 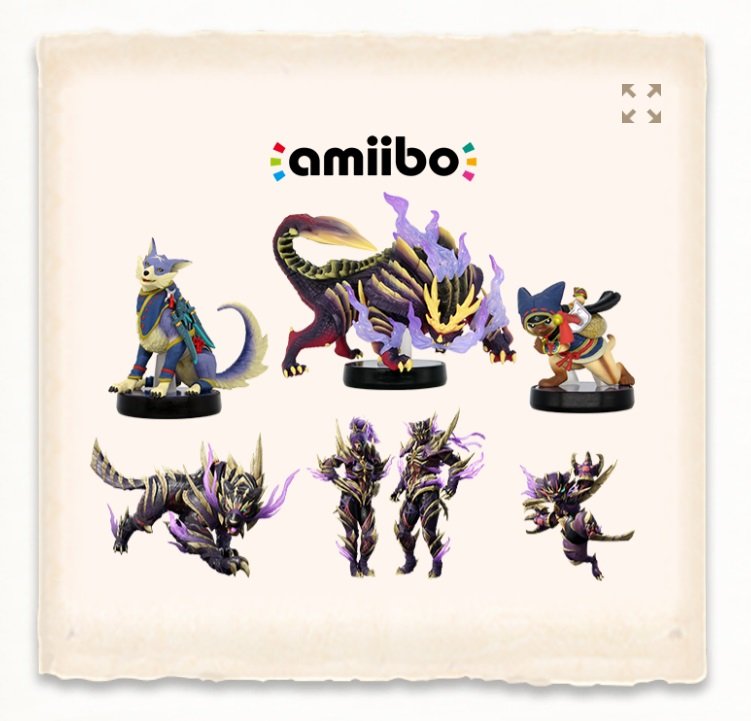