About what I was expecting

This time next year, we’re getting a “very different” film adaptation of Tomb Raider.

As director Roar Uthaug tells GQ, “We drew a lot of inspiration and reference from the game and the entire Tomb Raider canon to develop our world, and I believe fans will recognize that. At the same time, this is a completely different theatrical approach to Lara Croft that will offer something new in the origin and development of the character. It’s a story that not only highlights her incredible physical accomplishments but delves deeper into her humanity.”

If these photos of Alicia Vikander (Ex Machina) as Lara look familiar, you’re right on the mark. “[Tomb Raider (2013)] was certainly part of what inspired our film,” said Uthaug. “I think fans will be delighted to discover many touchstones from the game throughout the story. At the same time, this is not the kind of video game adaptation you often see, with a lot of CGI and effects. Our movie takes a more realistic, grounded approach. Lara Croft is a hero and a champion but she is not a superhero.” 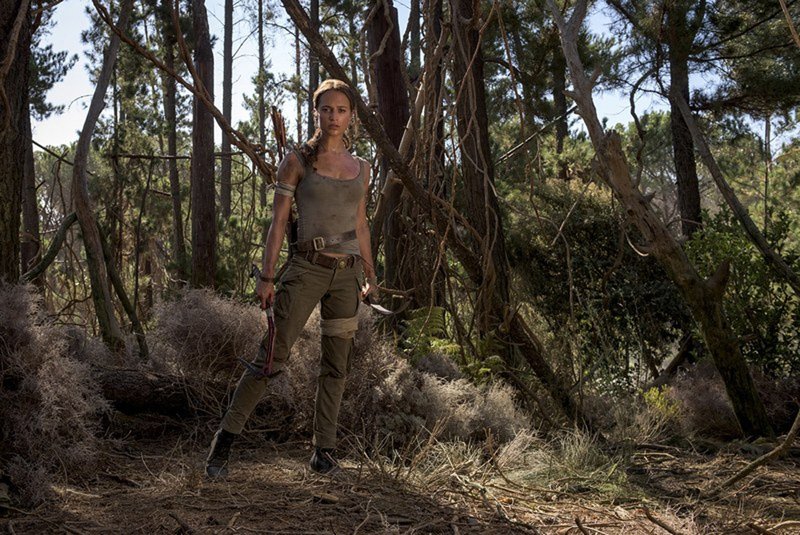 With these photos out, the movie can now exist in my mind as a Sure Thing That’s Happening. I’m also reminded that I saw the Angelina Jolie-led Lara Croft: Tomb Raider at a drive-in, of all places.