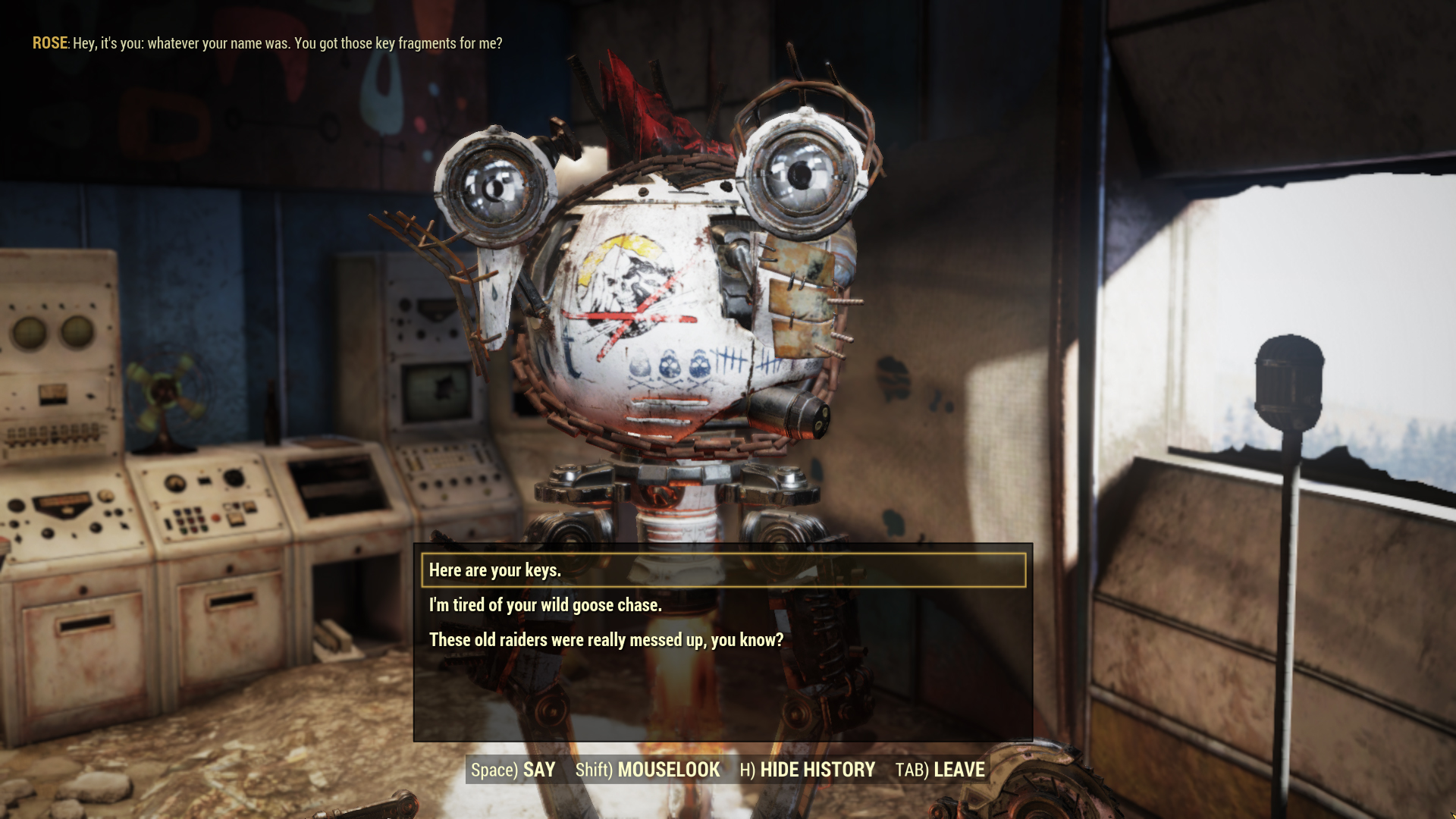 Old NPCs will be upgraded too

Human NPCs? In a Fallout game? Well…you get the point.

It’s still insane to me, a year and a half later, that Fallout 76 didn’t launch with a proper NPC-led story mode, but now that the free Wastelanders expansion is fully confirmed and dated, it is coming. We’ve gotten a good look at it over the past few months (and the test program members have gotten a real good look at it), and the next preview on the docket is the dialogue system.

Here’s how the team puts it: “Whenever you’re chatting up your favorite Ally, a Faction leader, or one of the many other characters you will meet during your adventures, you will be able to choose from a variety of response options. The words you employ during your conversations with others can, at times, be even more powerful than your favorite weapons.”

You don’t say? So it’s like…a Fallout game?! All of these choices will impact alliances and reputation, in a bid to provide a real RPG for solo players and multiplayer prospects alike. The very few existing NPCs are getting upgrades too to feel more RPG-appropriate, and will become quest-givers. You’ll also get a “history” option so you can read all of the text thus far, and naturally, the attribute-altering S.P.E.C.I.A.L. system can impact some choices.

Is it enough to feel like a “Realm Reborn” treatment? So far, it doesn’t seem so. But it looks a lot better already.