The time has come for amiibo to shine once again! Sort of.

We can talk about select features of Hyrule Warriors: Age of Calamity now: an umbrella that includes amiibo support. Here’s a quick rundown of how it all works, since Nintendo has been fairly vague up until this point.

You ready? Here we go: it’s an item delivery system! That’s mostly it. On the main menu there’s an “amiibo” option. You scan figures and get weapons or items/currency, then be on your way. You can scan five amiibo per day, so like Hyrule Warriors proper, there’s a daily limit. 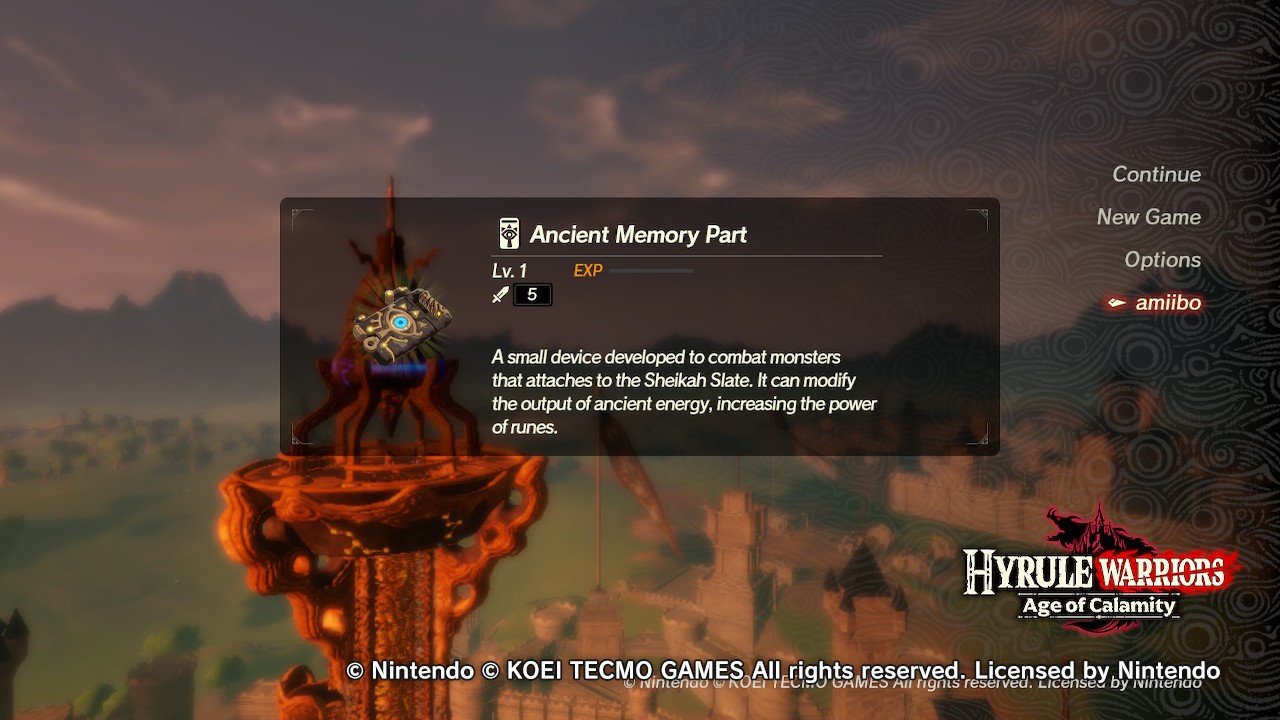 My first scan was the Twilight Princess Zelda amiibo, which granted me a low level Ancient Memory Part (Zelda weapon). 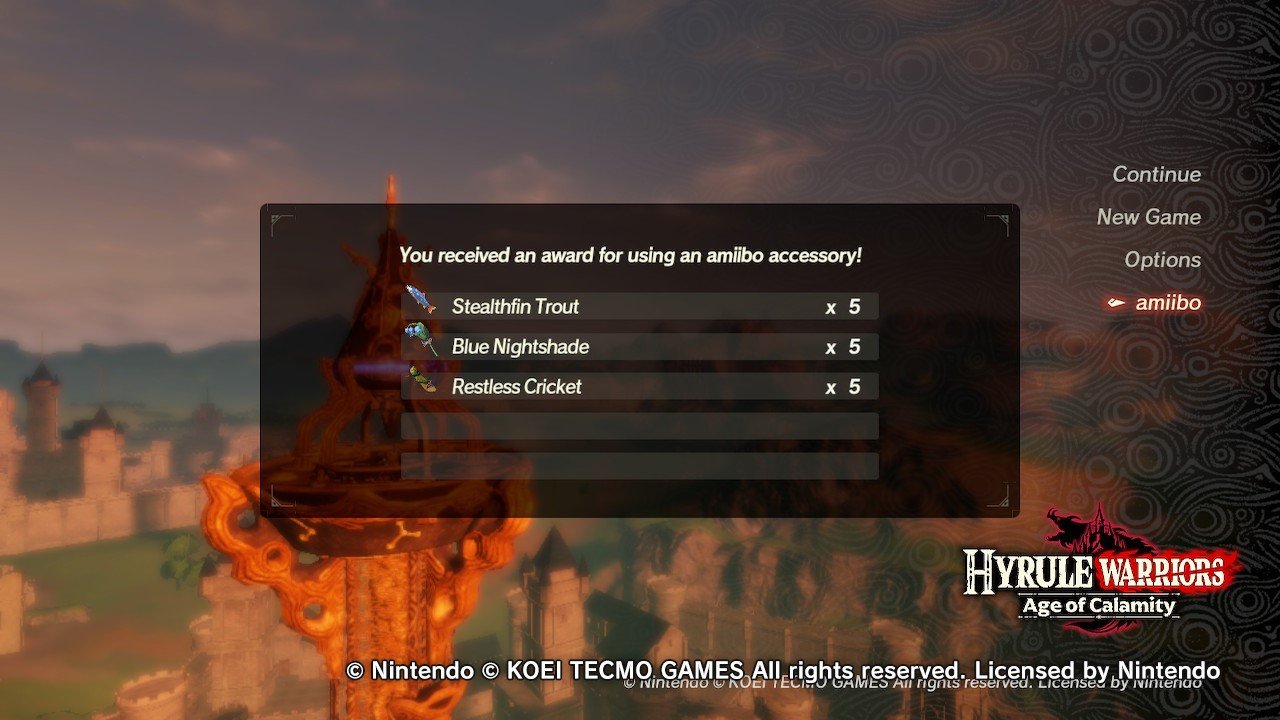 For my second scan, I used a more out-there amiibo: Solaire of Astora, from Dark Souls. He granted me x5 Stealthfin Trouts, x5 Blue Nightshades, and x5 Restless Crickets. All of these are reagents for items/upgrades in the game. 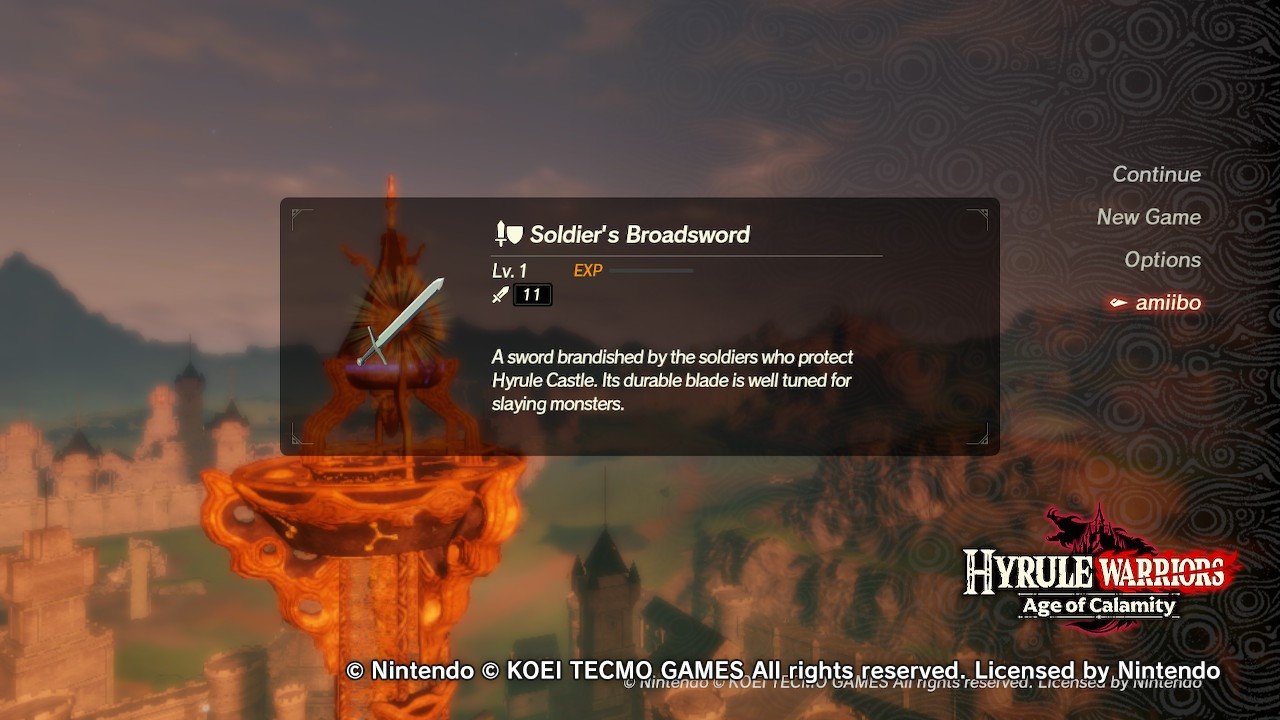 The third scan was my Twilight Princess Link amiibo, which gave me a low level Soldier’s Broadsword for Link. 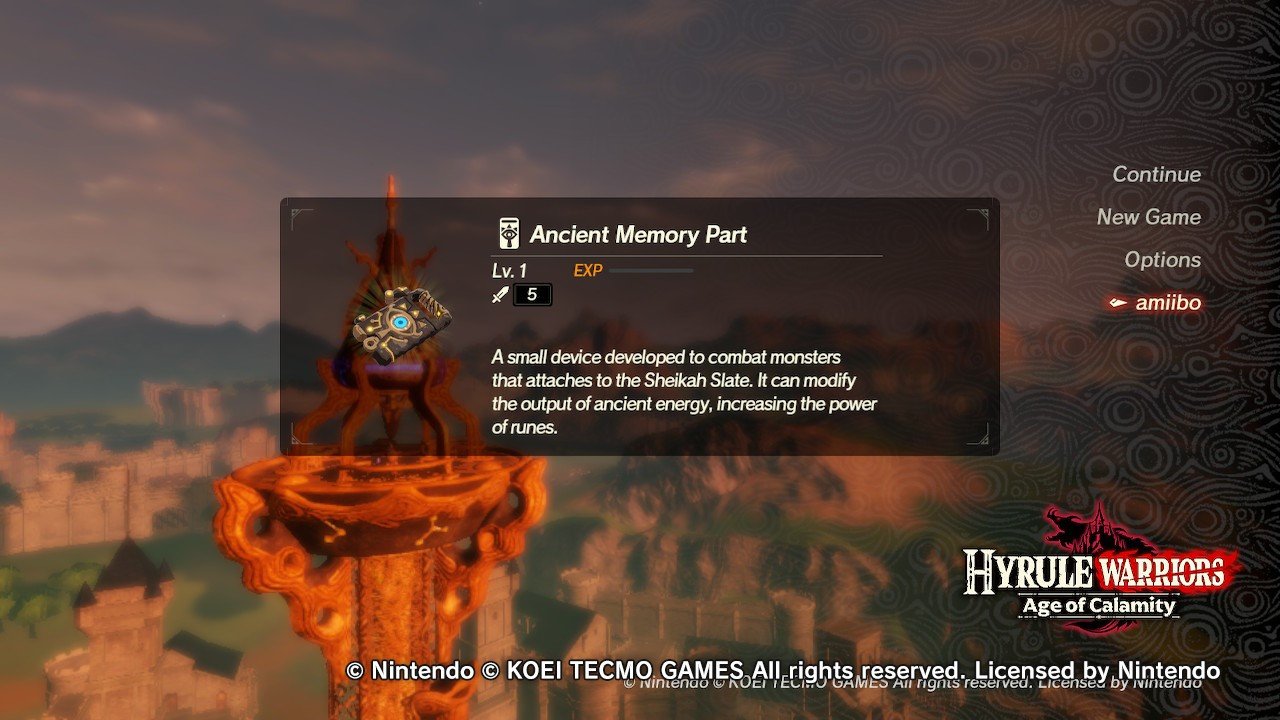 The fourth scan was Twilight Princess Zelda, which gifted another Ancient Memory Part. 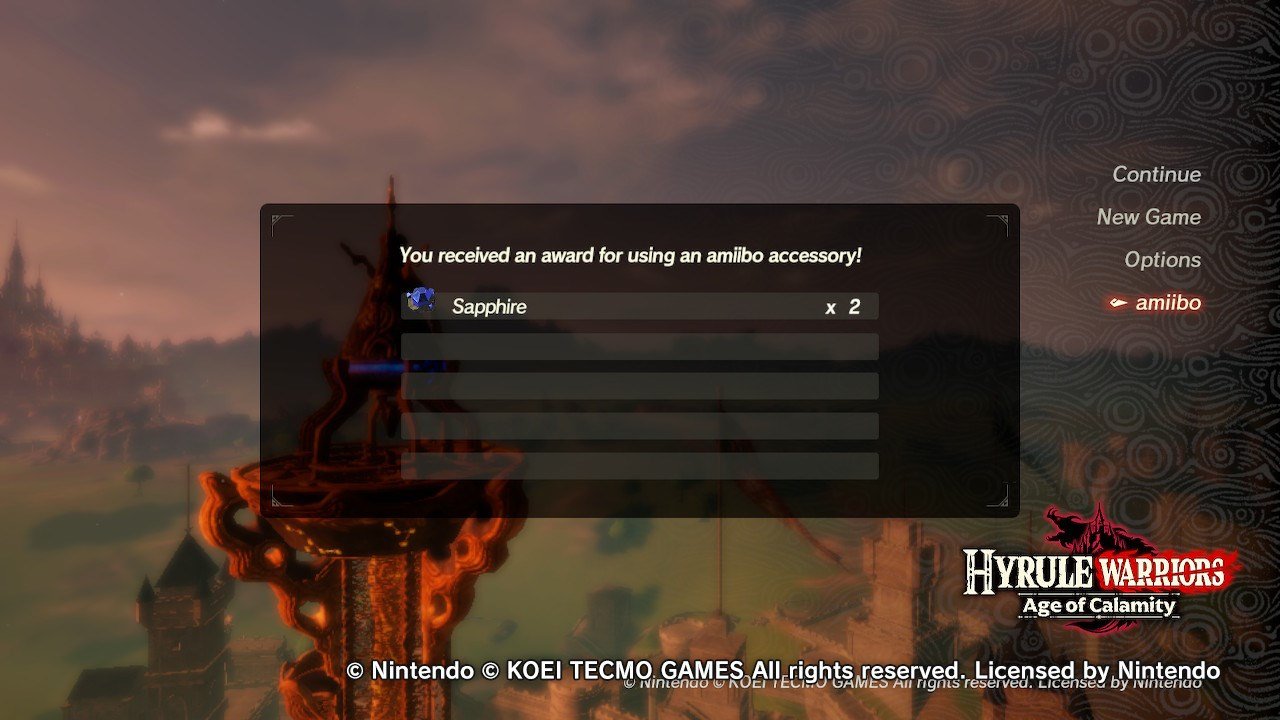 For the fourth and final go, Sheik gave me x2 Sapphires. 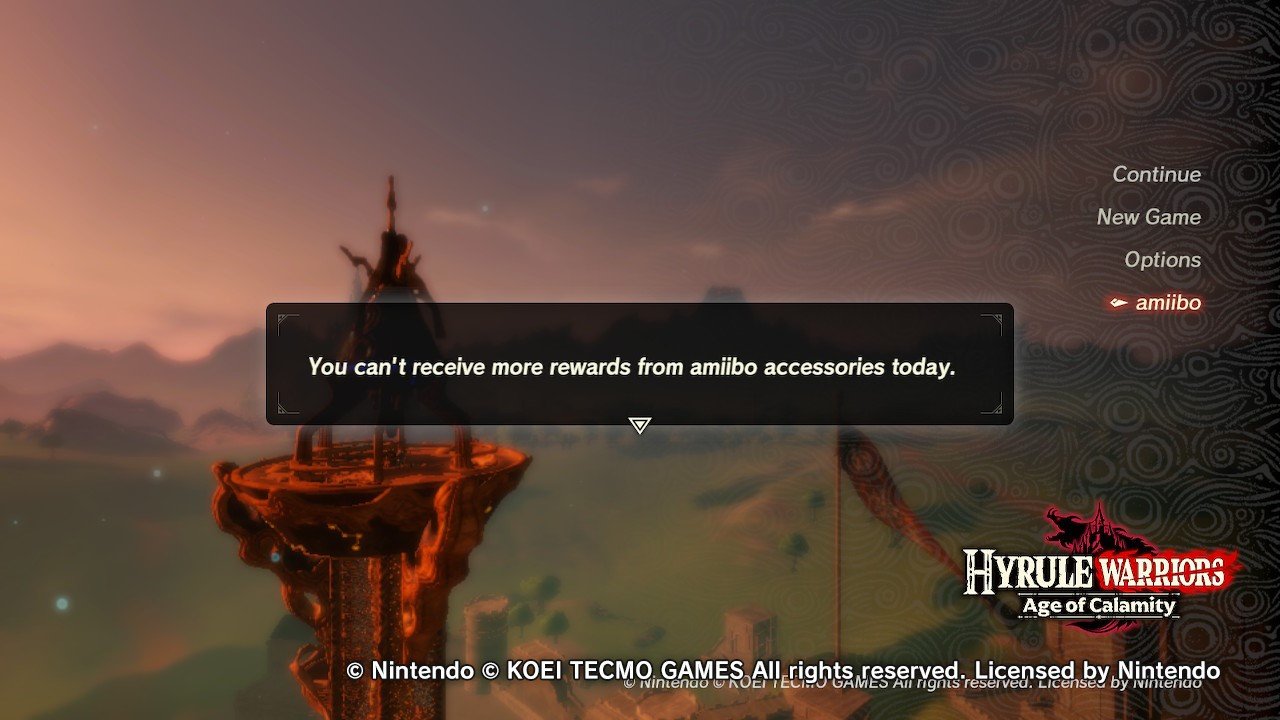 After that, I tried to scan another amiibo (Archer Link): and the message “you can’t receive more rewards from amiibo accessories today” popped up.

So far, at least in the areas I can speak to right now, that’s what we’re looking at for amiibo functionality. In recent years support has waned to bonuses like these, so it was completely expected. As I try more amiibo out I’ll be keeping everyone updated in the final review if it blossoms into something more.