With three classic Mario games coming to a brand new console via Super Mario 3D All-Stars, a lot of folks are probably wondering how they control.

Here’s a full breakdown of the control schemes for each title, as well as a few short notes for how they work.

Mario 64 is mostly the same as the original.

Your key moves are your melee attacks and your ground pound: simple and sweet. As a result, they all work similarly in portable mode and/or with Pro Controllers or Joy-Con. 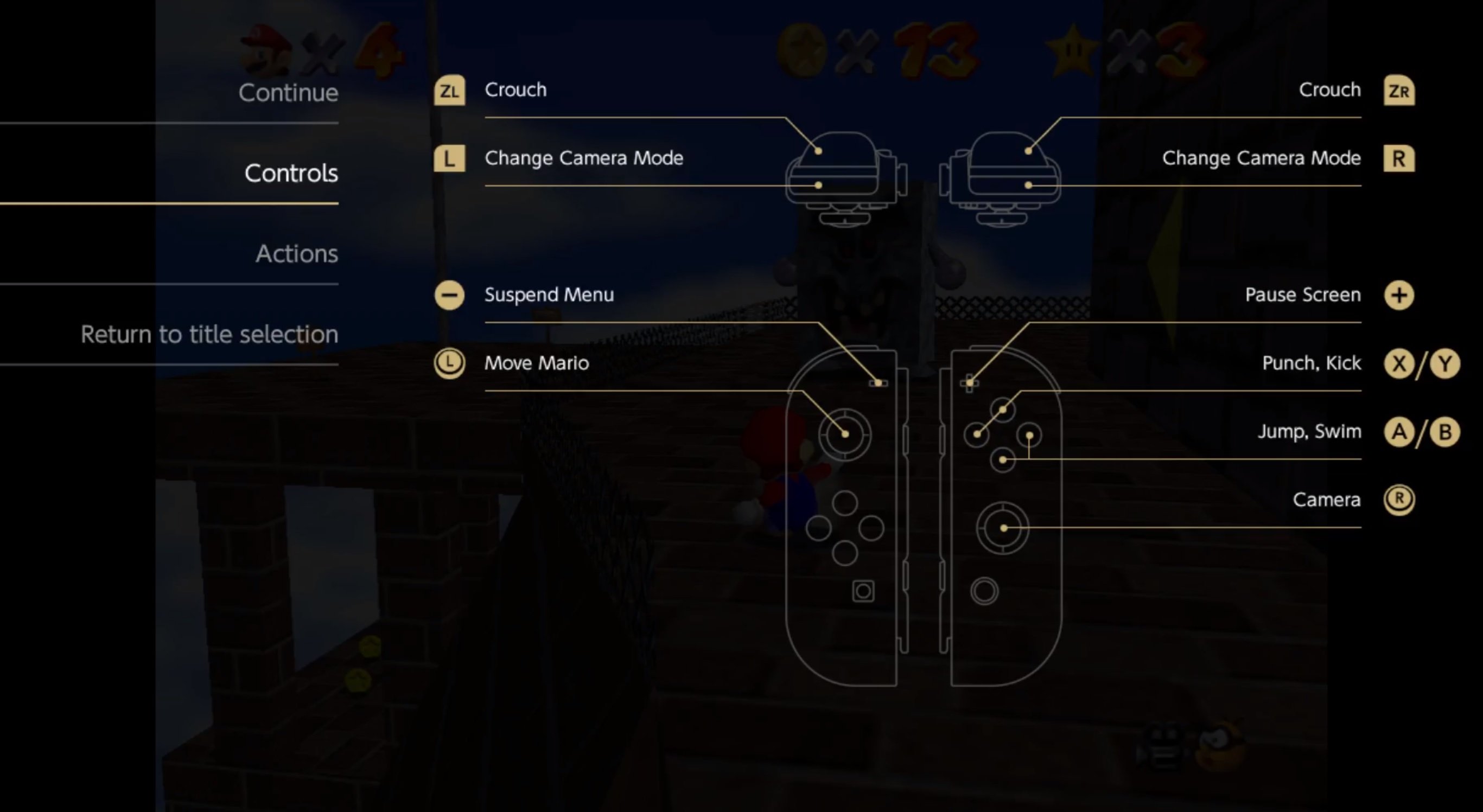 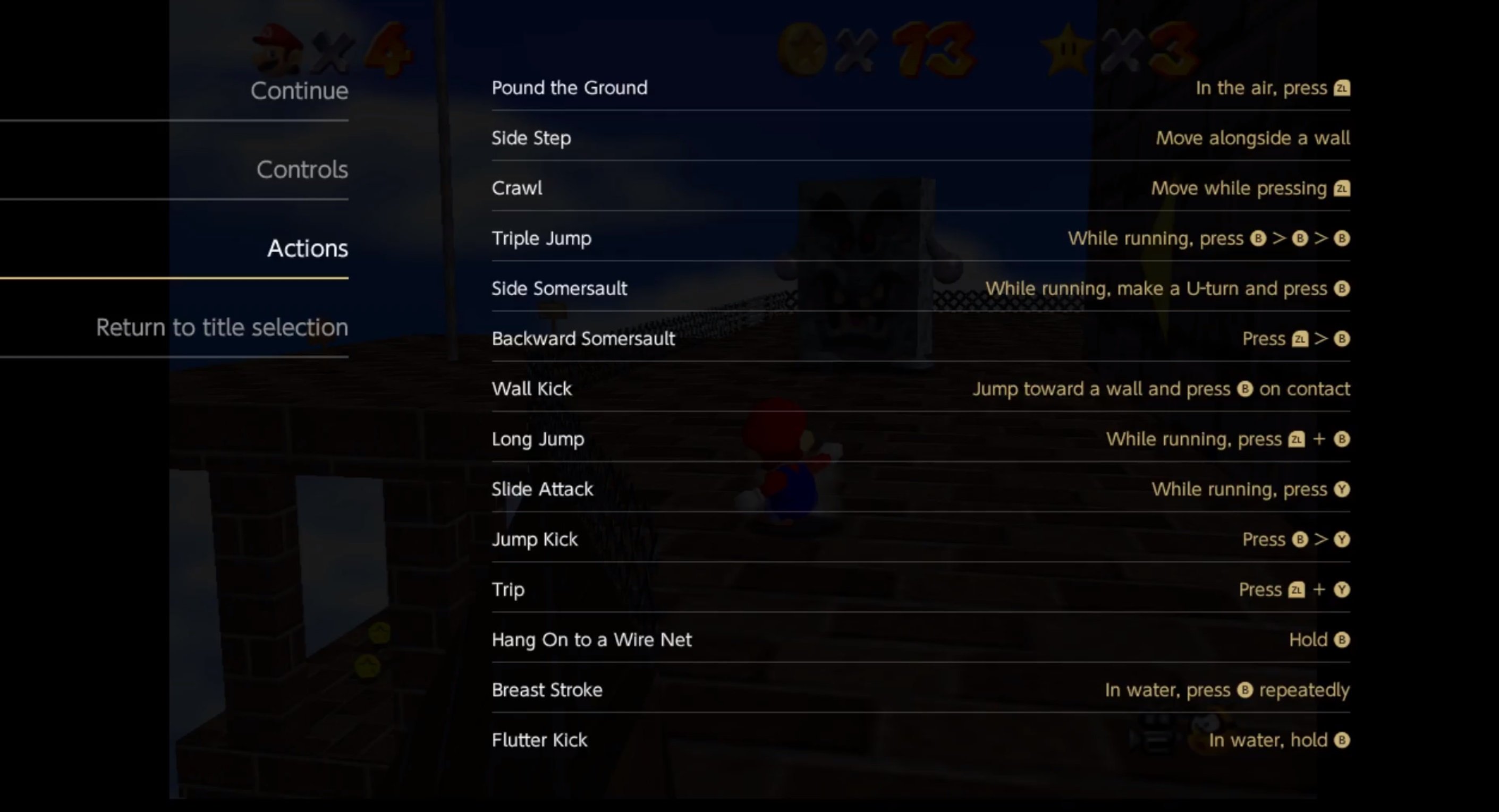 Mario Sunshine is a bit different this time around.

FLUDD pressure control has been shifted to two buttons: R and ZR. R is known as a “stop and squirt,” with ZR functioning as a running squirt. These buttons are meant to replicate the feeling of heavily pressing down on a GameCube button or lightly tapping it.

It’s very easy to get used to. 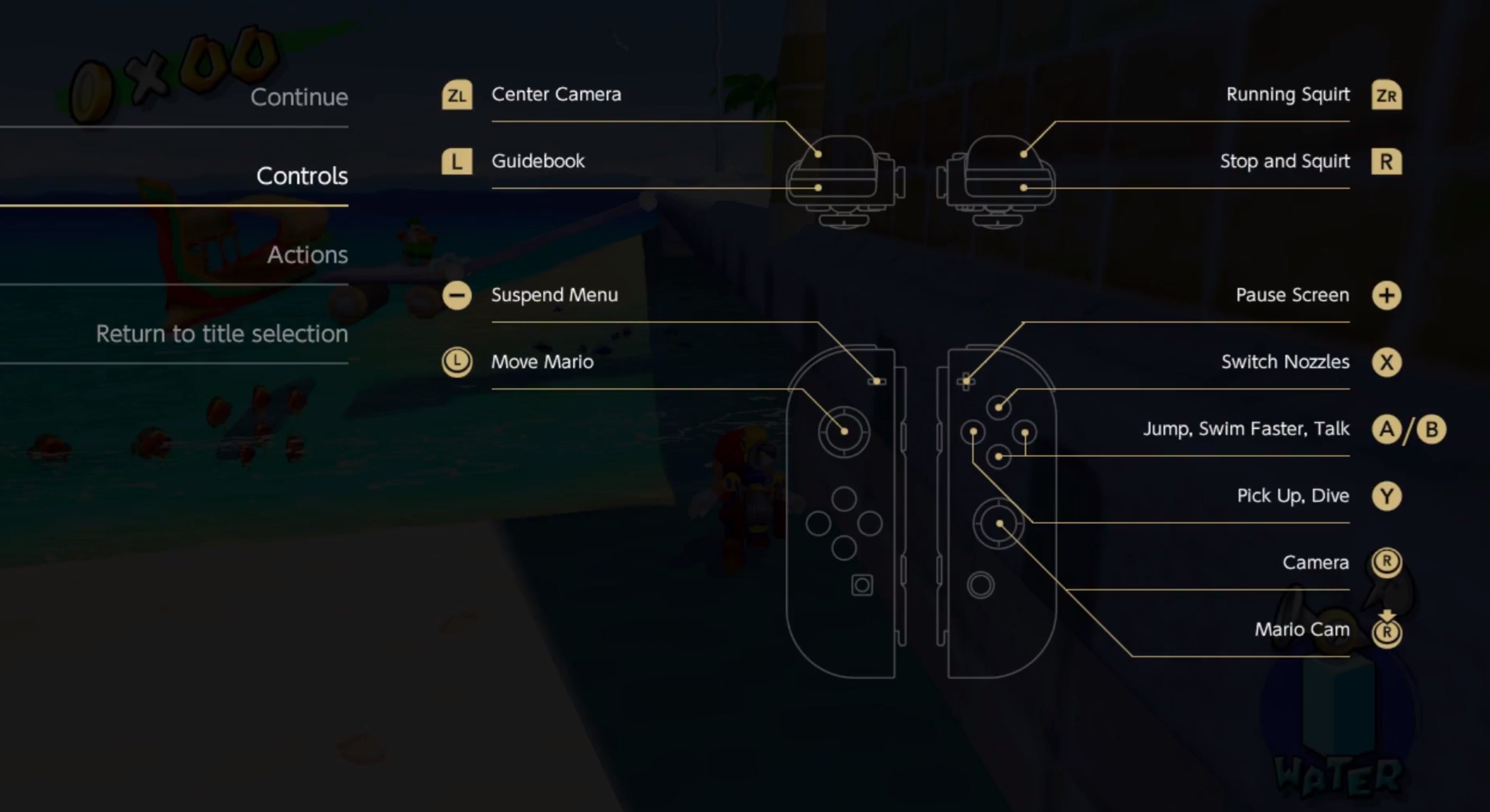 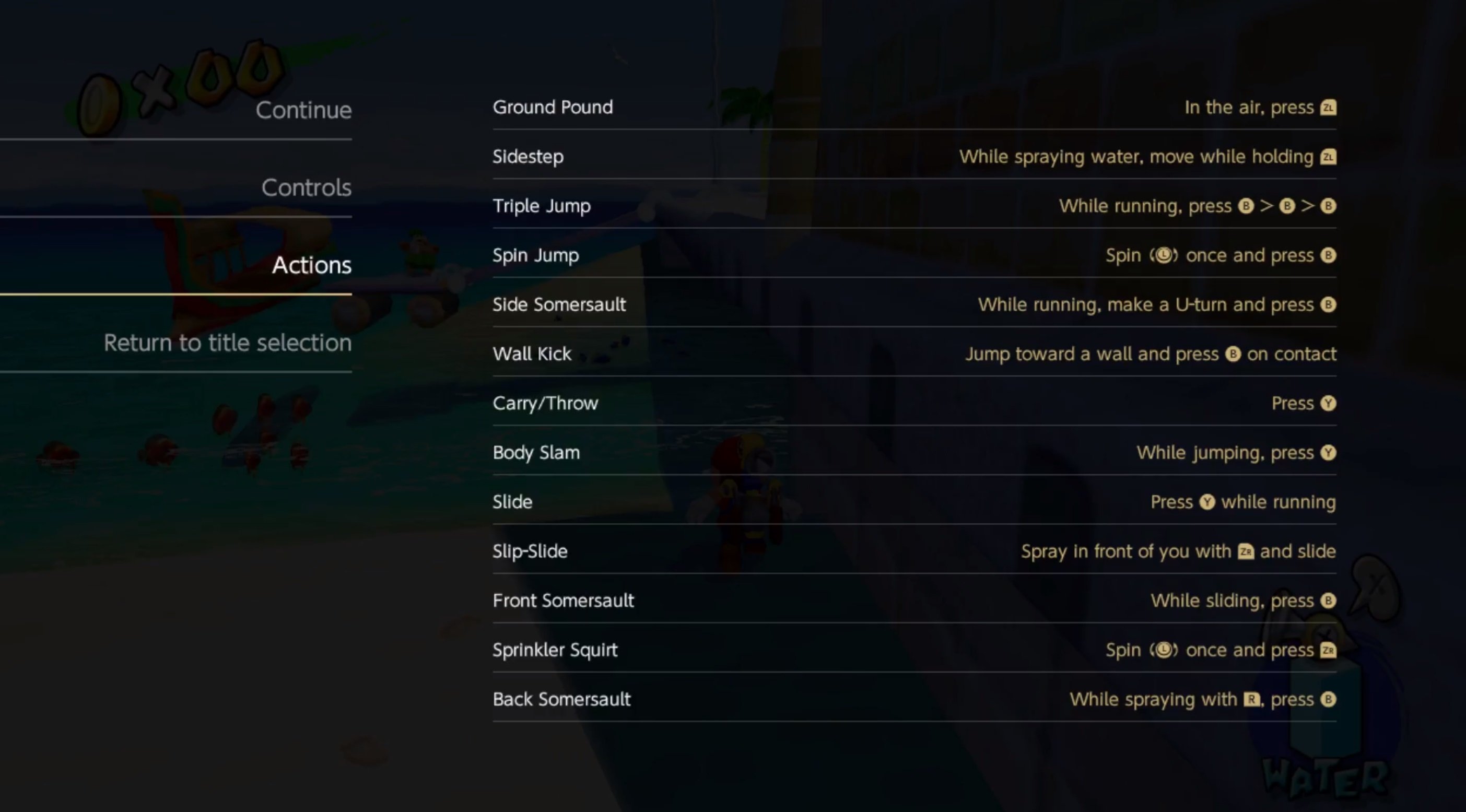 Galaxy is the biggest departure by far.

For this Switch release, you’ll need to use the touch screen for shooting Star Bits in portable mode or motion functionality on a remote (which also is needed for sparing IR menu navigation).

Additionally, players do not need to waggle anymore with the Switch edition to spin. Instead, the X or Y buttons double as your spin attack.

There’s also this short rundown of the Co-Star mode (co-operative play), which can be triggered at any time on the pause menu. 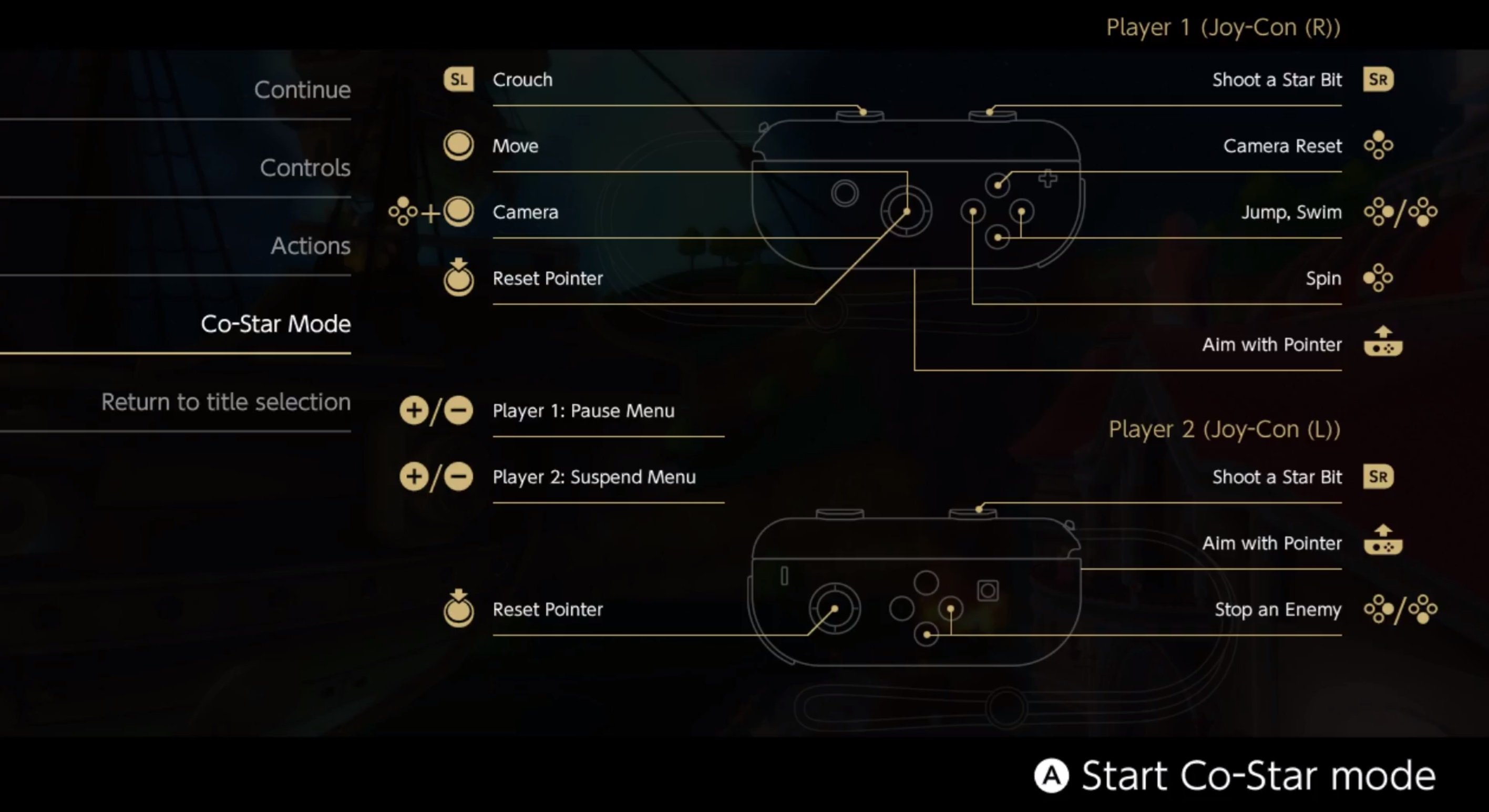