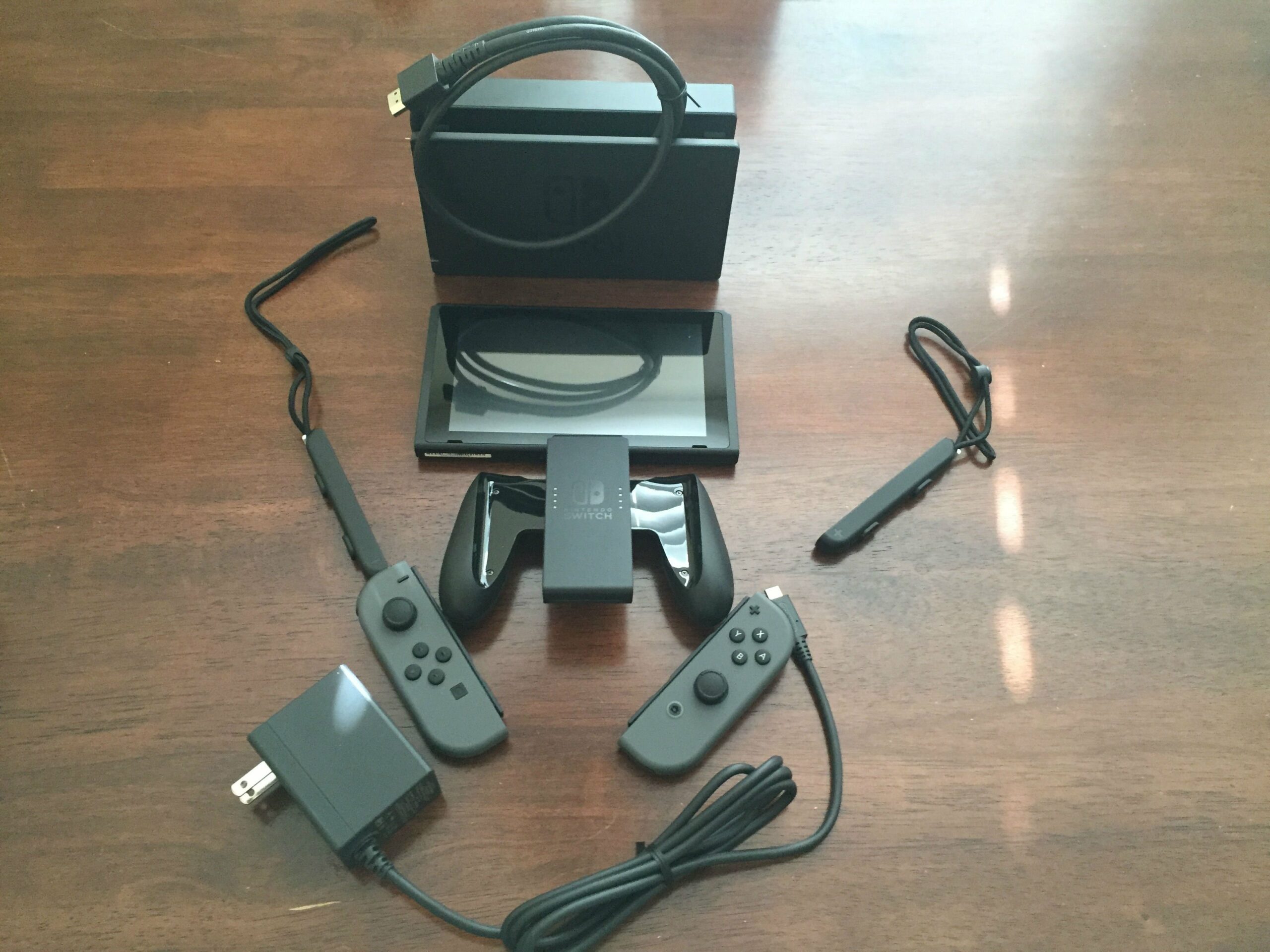 It’s a weird thing to unbox!

I was surprised to open up the box for the Nintendo Switch and see so much empty space. I mean, the system, basically, is comprised of the tablet you see above (or below), and the dock. Clicking in the two Joy-Con to the sides of said tablet adds a little extra weight, but not much.

As you’d expect, the setup was just as simple. You just plug in the tablet with the AC adapter, perform the initial setup (one minute, max), hook up the dock to your TV with the included HDMI cable then swap the AC adapter over to it, stick the tablet in, and you’re done. From there you can take the tablet out to go into portable mode or stick it in again to enable it on the TV — it’s one or the other, unlike the Wii U, which could do both. If the tablet is out of the dock, the TV displays “no input,” as there’s not even a screensaver to keep you company.

For me, this back to basics approach is refreshing. It’s one of the easiest consoles I’ve jumped into since the days of systems not even having an onboard OS, and since the eShop wasn’t even enabled (or system updates), nor were there any media functions of any kind like a web browser or streaming app, all there was to do is create a Mii and mess with the options menu. If you don’t bother to re-create your Mii (or use the Mii Fighter amiibo data), system setup, all in, should take you two minutes, tops.

You can get a good look at the hardware in the galley below, or stay tuned for our full hardware review shortly before the system’s launch.