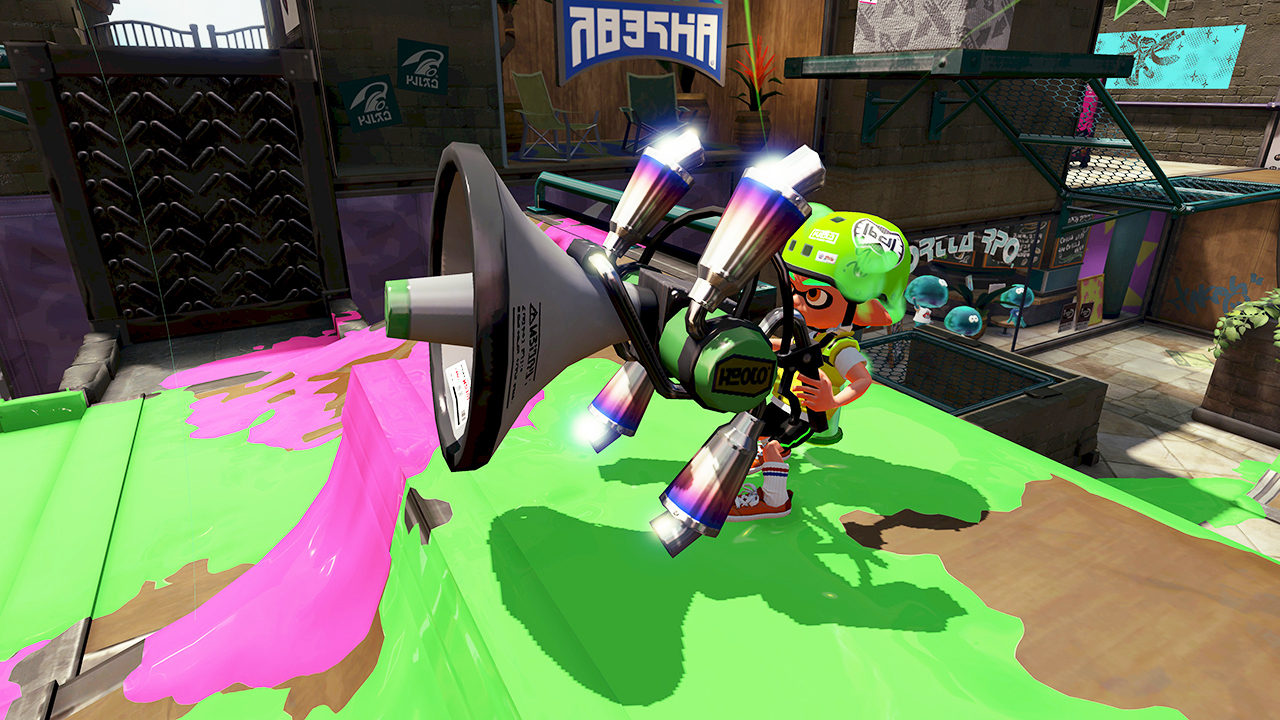 The demo is out today

Nintendo just ran a Splatoon-centric Direct presentation, and it provided a ton of information on the soon-to-be-released shooter. First, to play ranked modes online, you have to reach level 10 (as was previously announced), but there’s an additional requirement as well — enough players need to reach the rank to even unlock ranked play in general. Nintendo promises that it won’t take long, and not to worry.

There is some cause to worry though based on the wording of one particular passage from the Direct. According to Nintendo: “After each four-on-four match, players are randomly reshuffled to form new teams, so sometimes players will be working with their friends and other times they’ll be looking to take them down.” Yep — voice chat is not happening, and it looks like dedicated parties for your friends is out too, at least at launch.

Also, it seems as if all hope for a full-on four-player split-screen mode is lost, as Battle Dojo mode was reconfirmed for just two players (one on GamePad, one on the TV with the pro Controller). Bummer.

Finishing all three amiibo challenges, brought about by the Inkling Girl, Inkling Boy, and Squid figures, will unlock a new minigame that can be played at anytime, or during a loading screen, as well as costumes. There’s also a jumping minigame that will be unlocked by default — I played it, it’s pretty fun!

“Splatfests” are a set of special events (and a “news show” of sorts) that involve voting for your favorite things (like cats versus dogs for instance) and competing against other teams. The first fest will run on June 27th until June 28th, and it will pit “Rock” against “Pop” music in the UK, and “Cats” against “Dogs” in the US.

August will mark the first major free content update for Splatoon, with new playlists involved, as well as the option to play with up to four (or eight, in a 4v4 fashion) friends consistently. New stages are said to arrive every so often, and new weapons will be released over time as well. “Rainmaker” and “Tower Battle” were confirmed as additional ranked modes, but not a lot of details were given outside of the fact that the latter will feature a moving tower that players have to stand on.

Finally, a limited-run online demo will be out “shortly after the presentation,” on the eShop, and Splatoon costumes are coming to Super Smash Bros. Pre-orders will get these costumes for free on Wii U. The first demo times will be playable from “8-9 PM Pacific on Friday, May 8, with additional opportunities on Saturday, May 9, at both 4-5 a.m. and 12-1 PM.”

Yep, most of this sounds pretty great. You can watch the full Direct below.