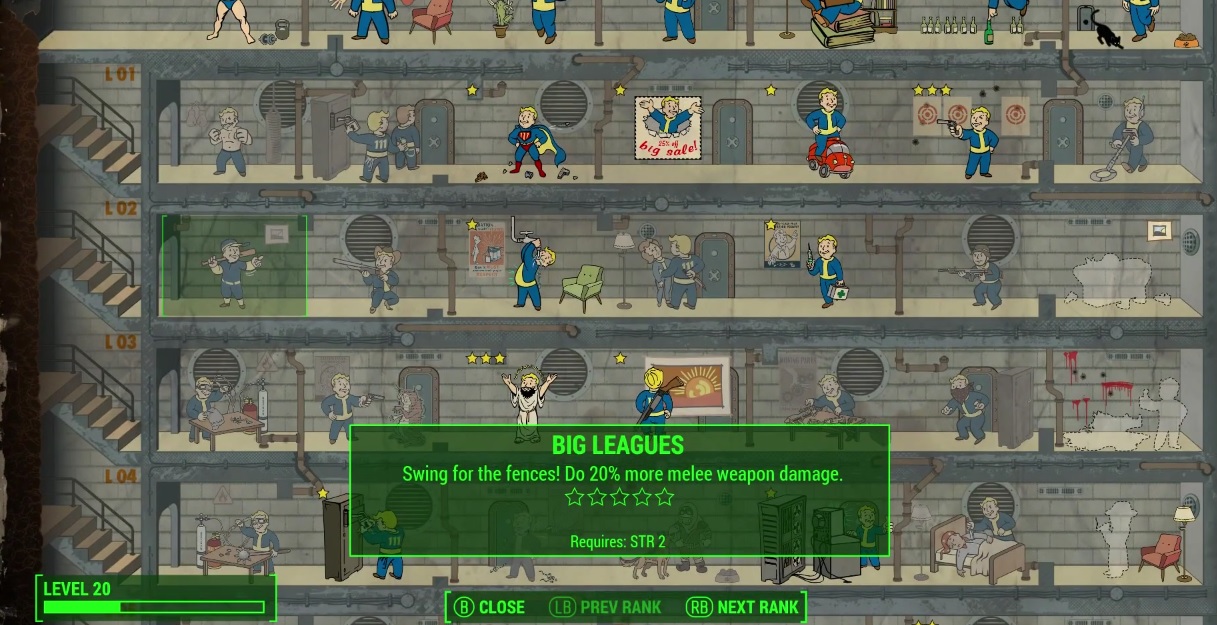 Number crunching is a standard pastime for RPG fans, especially for those of you who can’t play games at work, and avidly theorycraft the day away until you can get home to the latest adventure. Fallout 4, like past entries, is no exception, and the massive perk system can be extremely daunting.

As a result, I recorded the entire perk chart and put it into video form, so you can peruse all you want. Note that this is particularly useful for deciding your initial statline at the start of the game, as you can see what each perk requires, stat-wise, before investing.

Do your planning now before the game launches tomorrow on PC, PS4, and Xbox One.