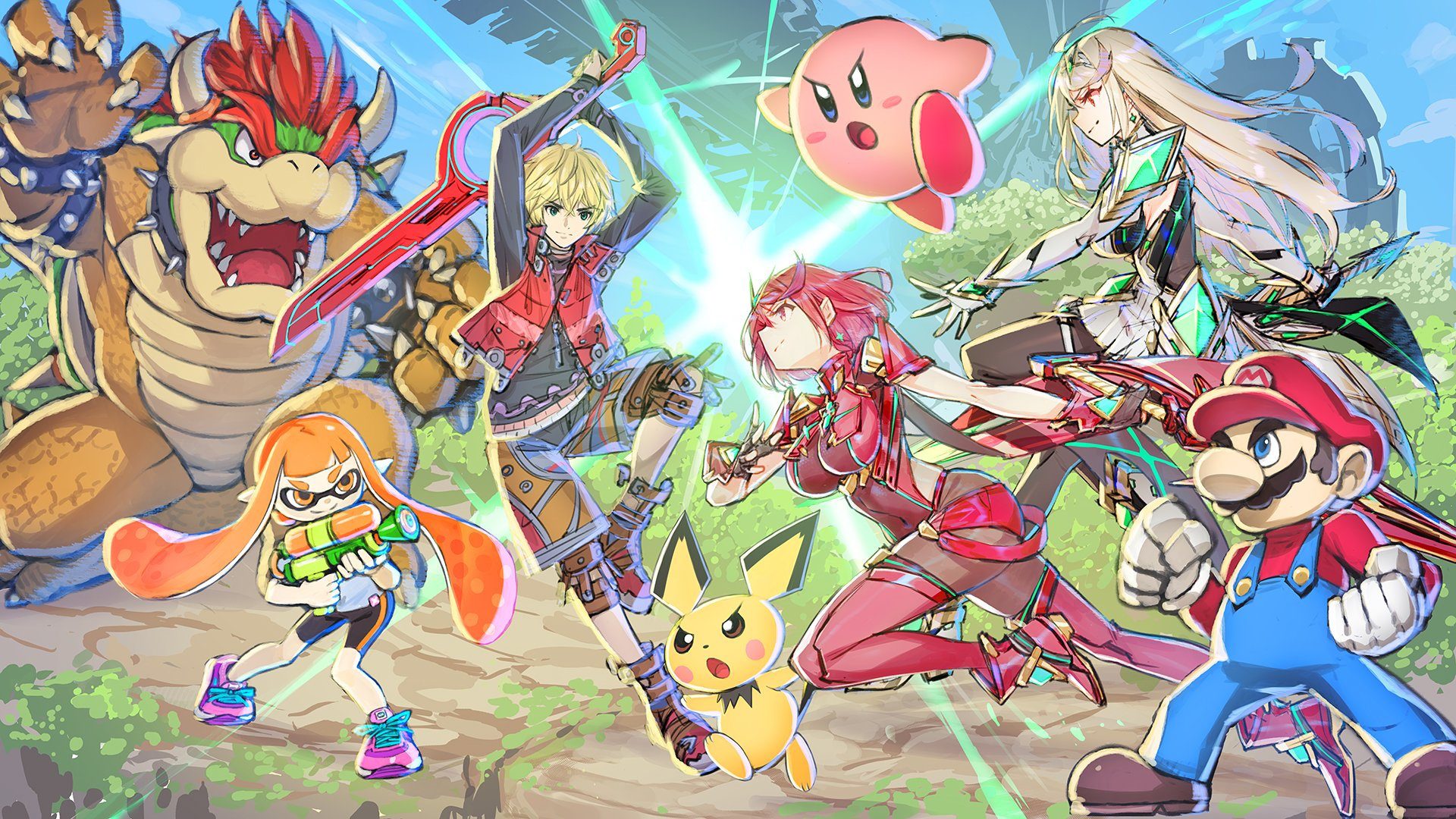 Just the other day, Sakurai and company shocked the world by announcing Pyra and Mythra from Xenoblade Chronicles 2 as Smash Ultimate DLC.

I use “shocked” in every sense of the phrase, as it checks pretty much every box for discussion: anime-like characters, first-party Nintendo IP instead of something crazier like Sora from Kingdom Hearts. Not everyone is going to like every DLC pick (I’m a fan so far though).

To give players a bit of extra context into how much the team cared about this addition, the official Xenoblade account tweeted out art from Masatsugu Saito, who worked on the character designs for Xenoblade Chronicles 2. It’s to “commemorate” the duo for entering the arena, before they are due in “March.”

Naturally, Shulk had to be involved (as he was in the trailer). It’s great to see the Xenoblade universe having such a big impact on Smash as a whole. They’re like…a thing now, outside of Shulk’s representation and that prior single stage. With the recent re-release of the original game on Switch, the future of this series is looking bright.