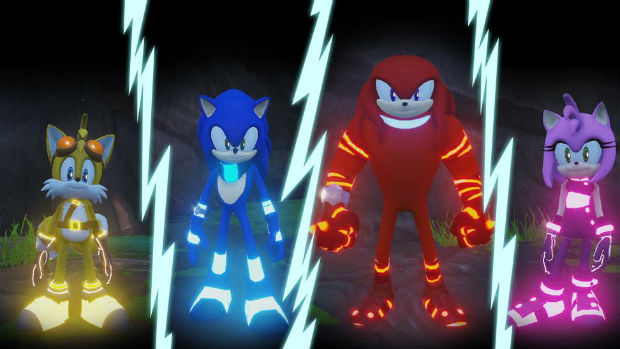 Starting August 25, anyone who pre-orders Sonic Boom: Rise of Lyric for the Wii U from Amazon will receive a exclusive character costume pack that can be used in the game. Fans who pre-order will receive a code to unlock the luminous costumes for Sonic, Tails, Amy, and Knuckles.

And you know, I thought I had gotten used to the new look for Sonic and the gang, but I’m still pretty on the fence when it comes to Knuckles. I’m not sure what they were trying to do with him, but he looks like he’d be the musclebound thug of the group now. It’s throwing me off.

I guess we’ll find out if all the changes are for the better on November 18. I’ll probably still play it, just for the fact that I’ve played all the rest of them.