Reap the Tides and Arm for Battle

The Commander gametype has really taken off in Magic: The Gathering in recent years, no doubt due to its accessibility and the excitement of playing as a “hero,” which standard Magic play can often lack.

In very basic terms, Commander games allow players to take one card that doubles as a “commander,” that can be casted at any time via the “Commander Zone.” There are also some deckbuilding nuances involved, but preset decks like the upcoming Commander Legends packs take care of that step for new players.

In addition to snagging exclusive full decklists for the new Legends sets (scroll down for those!), I had the chance to speak with Magic senior designer Gavin Verhey about a few of the finer points of the Commander scene, to really drill down into why Commanding is so enduring. 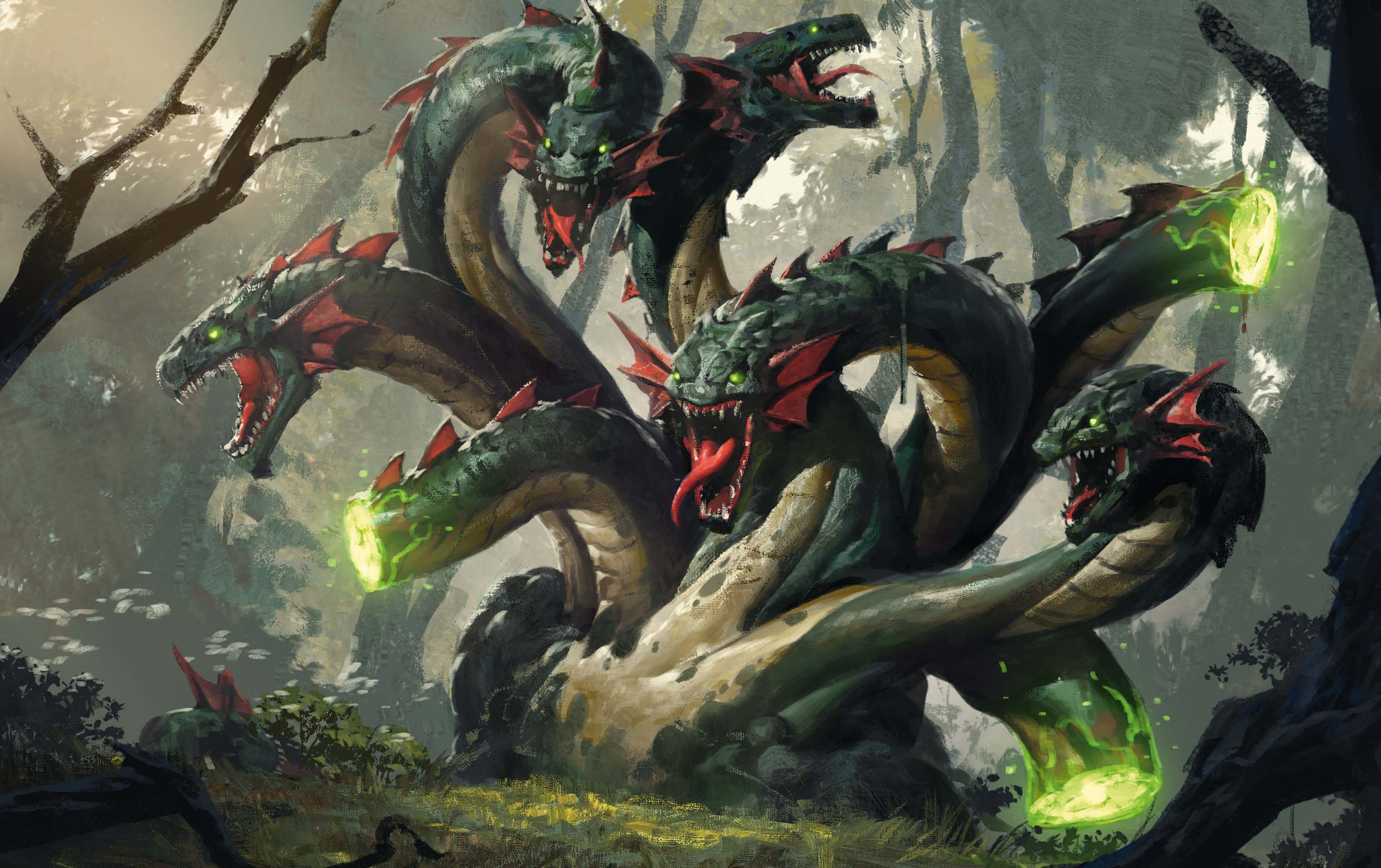 When asked how important Commander is to Magic as a whole, Verhey noted “extremely,” explaining that “Over the past nine years, it’s gone from a small format with a following to perhaps the most popular way to play Magic in the world. It does a lot of very, very important things in the Magic ecosystem.”

Verhey also feels that it helps Magic go what I would call beyond standard, stating: “Perhaps chief among them to me is that it has created a unified default format for play. It used to be that if I said, “Let’s play Magic!” to a group of Magic players, there’s a good chance someone pulls out a Standard deck, another person uses a pile of random cardsor a Modern deck, and so on. Commander creates this default state for so many players that say, “Commander is our social, noncompetitive way to play Magic” – to the point that when people ask you to play, there’s usually a pretty good chance you have a Commander deck in your bag.” He feels that Legends will allow people to create Commander games “out of thin air.”

In the past, it was a format “to keep new players far away from,” according to Verhey. While it “made sense on paper” originally, the reality was different. He explains: “If I want to join your playgroup, are you going to tell me, “Cool. Just go play other formats and learn the ropes for four months, then come back and we can play then?” No! You’re going to invite me in right then. And because of this, what we’ve learned is that we should instead lean into this amazing opportunity and make sure we have products for new players geared for these formats.” The preconstructed decks of Legends help Wizards realize this aim.

Wanting to push further into questions regarding the legendary archetype (a big focus in Commander), I asked him about Wyleth’s kit (which you can check out below) and what goes into the design process for some of the more intricate and out-there concepts. Verhey gave us a little crash course on the term legendary as a result: “Great question. It’s funny: for most of Magic’s history, Legendary was just a drawback. Putting Legendary on a card means you can’t play a second one, so it was a thing players didn’t want. But over the past nine or so years with Commander, that has totally flipped legendary around into being an extremely desirable thing to have on a creature. In the beginning, we were still learning, so our philosophy was just along the lines of, ‘Make more legends!’ And that worked okay… But we also started stepping on our toes a lot, and even out-modding popular Commanders. People put a lot of time and energy into their Commander decks, and printing a new Commander that makes an older one clearly much worse is not a happy moment for anyone.”

Verhey goes on, musing: “These days, we still want to make plenty of legends but rather than scattershotting them and ending up with overlaps, we try to look for rich veins that haven’t been as tapped, or new ways to do popular archetypes. Every legend can be a doorway to a new kind of deck. And quite often, this comes in through the Magic community – who I try and stay as attuned to as possible. For example, a big discussion in the past year or so has been the lack of card draw available to red-white decks. Wyleth is a great Commander to help address that ask a bit, by giving the red-white color combination a way to reload on cards even if it’s playing a ton of auras and equipment. I wouldn’t say we’re never going to step on older Commanders, but when possible, we look for different mana costs to put effects or new spaces to explore – and Commander Legends is full of them. I hope you all enjoy the set!”

Speaking of! Here’s a rundown of the Reap the Tides and Arm for Battle decklists, as well as an exclusive full reveal of their contents. Before we get to the decklists, let’s look at the art and abilities of the commanders! 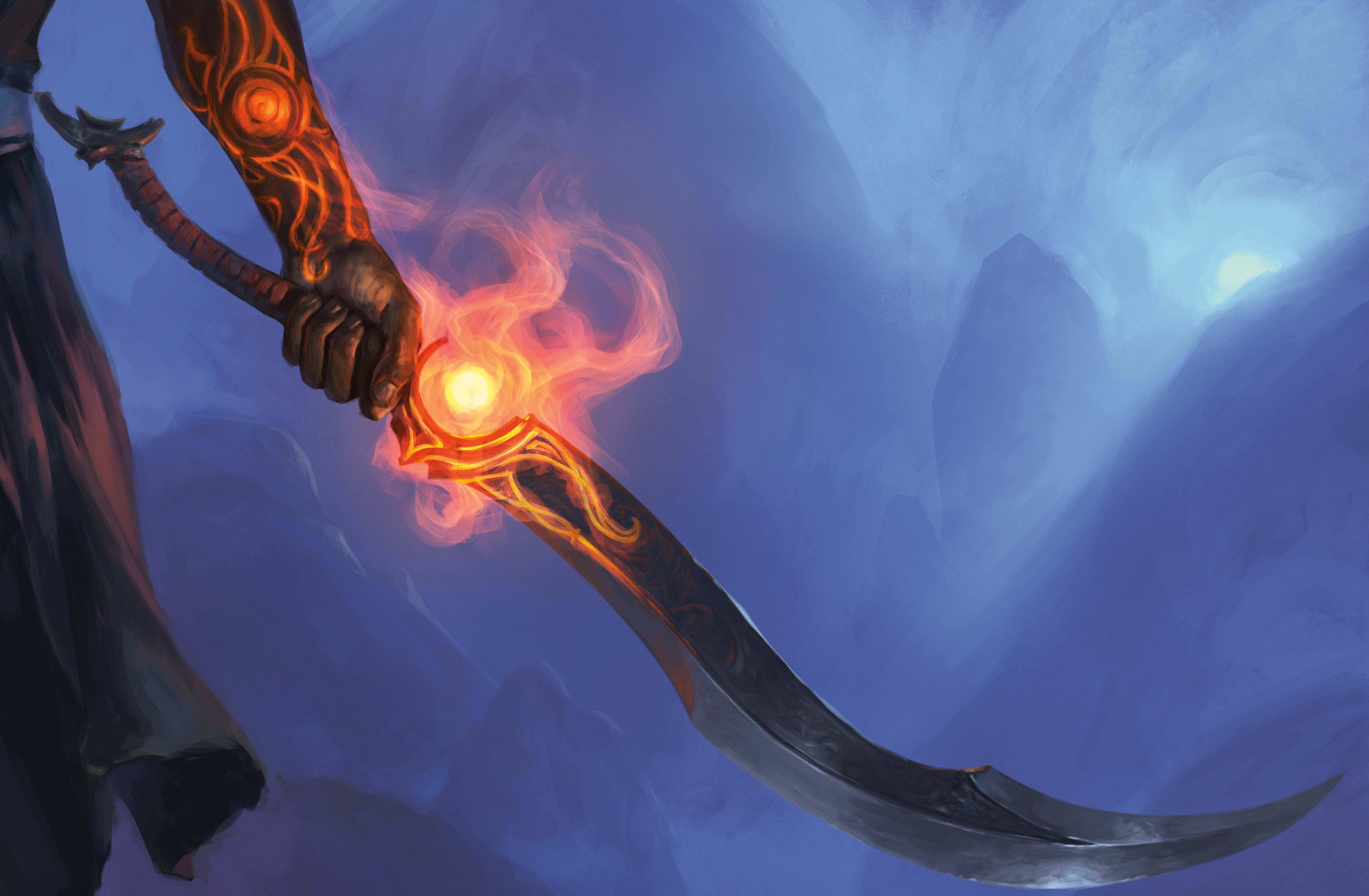 It’s good then, that Wyleth’s deck comes with Blazing Sunsteel (Tyler Jacobson) and Timely Ward (Matt Stewart), to really help this archetype sing. With some low-cost auras and pieces of equipment, you can get Wyleth out early and start swinging in (possibly with haste) and drawing cards immediately. The flash speed of Timely Ward will be key to protecting Wyleth out of the box. 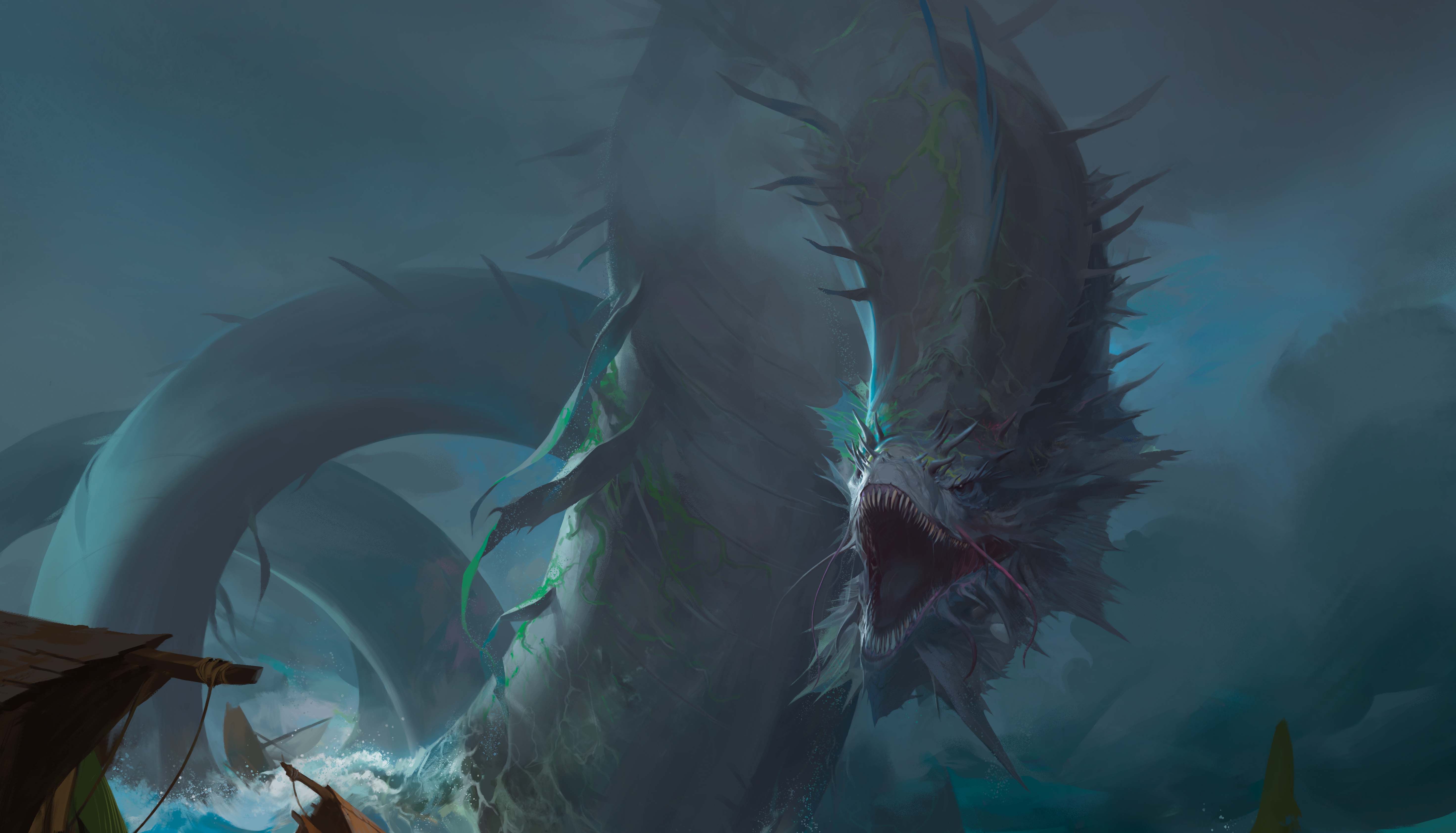 Next up, Aesi, Tyrant of Gyre Strait. It’s a lot pricier than Wyleth, but if you can ramp up to it, you’re rewarded with more ramp. An additional land per turn with the consistency of the commander zone cast isn’t bad, but you can also draw cards off of playing lands or land recursion like Evolving Wilds.

The deck is very stompy creature-heavy, with the Trench Behemoth and Stumpsquall Hydra backing them up.

Now that the tablesetting is out of the way, here’s the decklists!