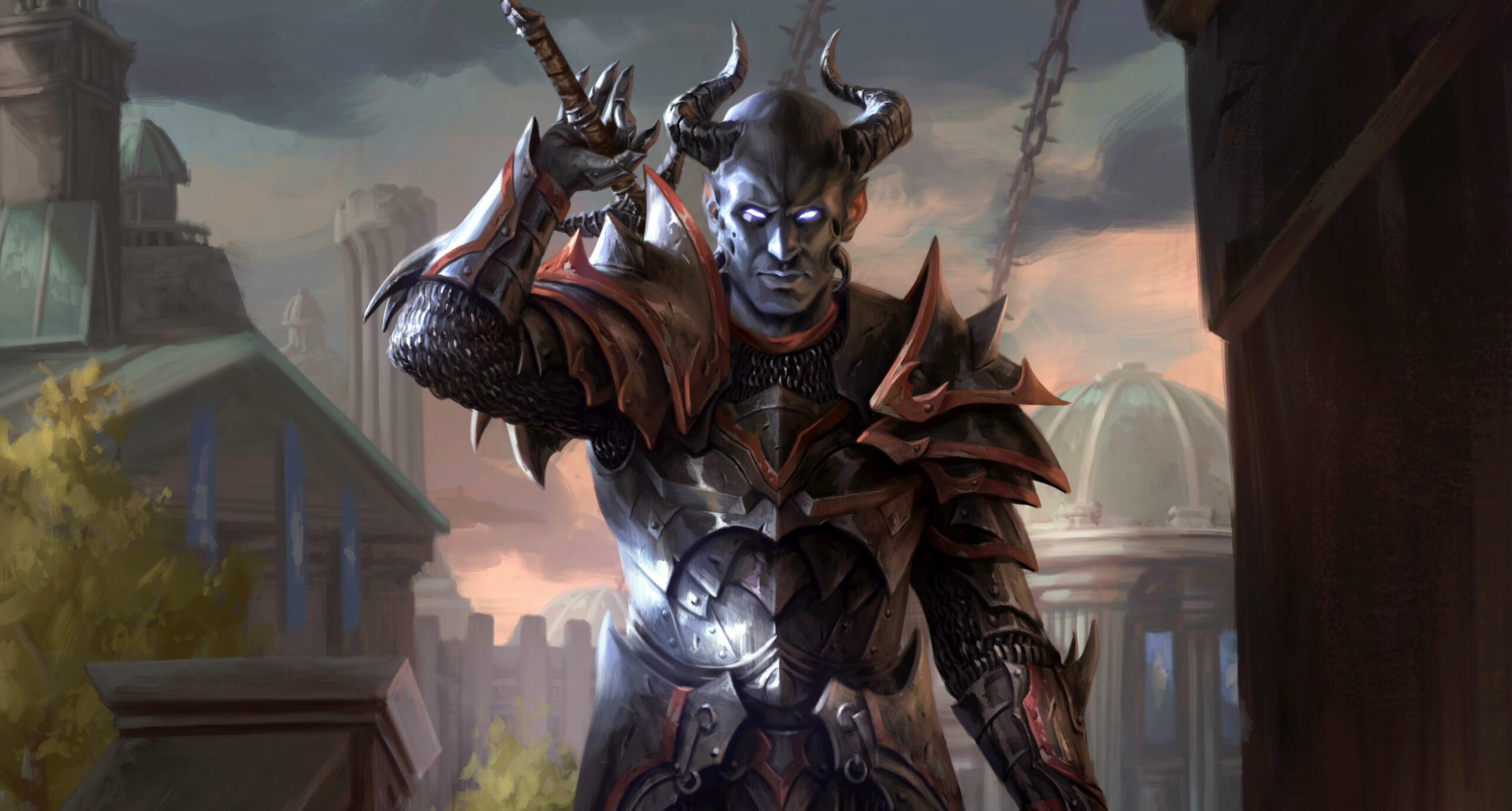 The Elder Scrolls: Legends has slowly been building momentum this past year as it gears up to launch on more platforms and hosts several high quality expansions. So far the next content drop is looking pretty great, as evidenced by our exclusive card reveal, the Xivkyn Banelord.

So the Banelord is a high-costed card, but it comes with the powers to back it up. First up a 1-7 statline isn’t bad, especially when the Daedric beast is so defensive-minded and has the guard keyword (which forces enemies to attack it, similar to taunt in other card games). But the real key is in the summon ability, which sets every enemy’s health in the lane to one: note that once an enemy’s health is altered, attacking the Banelord would inherently kill them.

Christian Van Hoose, ESL Community Manager also took the time to break the card down below. Xivkyn Banelord will arrive in the Alliance War expansion (which focuses on factions like the Empire, Daggerfall Covenant, Ebonheart Pact, Aldmeri Dominion and the Guildsworn). on April 15. It’ll feature 100 new cards.

Xivkyn Banelord’s power comes from its effect. Being able to set the health of all enemy creatures in its lane to 1 allows you to use your other creatures to easily pick them off. Even powerful cards like Odahviing and Sotha Sil will be easy to take care of with the Banelord as long as you have a way to finish them off. While Banelord’s low power might look like a weakness at first, it actually allows him to be re-used in Control decks using Odirniran Necromancer, which is able to summon him from the discard pile. 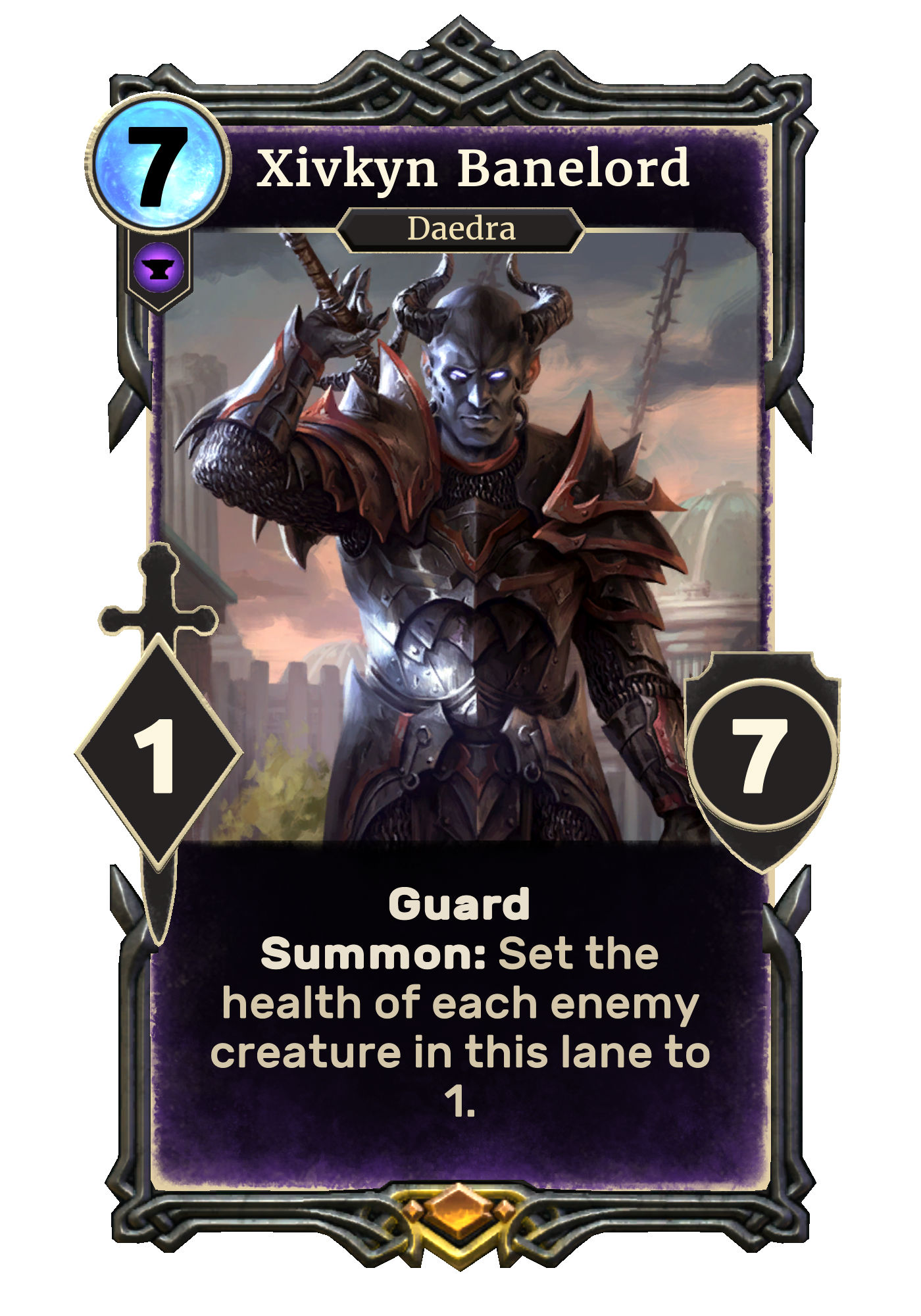