Both with and without the game

Battlefield 1 is, without a doubt, one of the best games of the 2016. The campaign that’s structured as five television episode-size vignettes works surprisingly well. The style of it all goes a long way toward effectively portraying the atrocities of The Great War. And, as can be expected of any Battlefield title, the multiplayer is quite solid. There’s a reason that this game is finding itself on a lot of lists this time of year.

We’ve got the drop on one of the best Battlefield 1 deals to date — especially for those of you who are looking for the collector’s edition. We’ve teamed up with Amazon for a special offer that’s unique to Destructoid readers.

Here are the details: The PS4 or Xbox One version of Battlefield 1 with the collector’s edition is discounted to $59.99 by using the promo code “DTOID” at checkout. This package usually retails for right around $200. The collector’s edition comes with a 14-inch statue, a cloth poster, a steelbook case, a deck of playing cards, a pigeon messenger tube with access to DLC, and a patch.

For those who want the goodies without the game, we have that too. The collector’s edition without Battlefield 1 is down to $29.99 with the promo code “DTOID1” at checkout. This normally sells for $130.

(In the event that the code doesn’t work, it’s probably because it’s not sold directly by Amazon. If that happens, go to these pages — PS4, Xbox One, Collector’s Edition stand-alone — and navigate to the listing where Amazon is the seller. Then the code should apply. Make sure to select a new instead of a used product.)

There are a few miscellaneous details worth paying attention to. Amazon has passed along the note that “customers can benefit from this promotion only once” meaning that it’s seemingly limited to one per person. Also, the offer runs for 24 hours — from midnight Pacific on December 20 through midnight Pacific on December 21. Here’s the node that has all the deals and information.

More broadly, this is the first we know of Amazon offering unique promotional codes to an outlet’s audience. Maybe this is a sign of things to come or maybe it’s a one-off. Whichever it is, the robot’s a guinea pig today and Battlefield 1‘s the wood shavings that the guinea pig plays in. 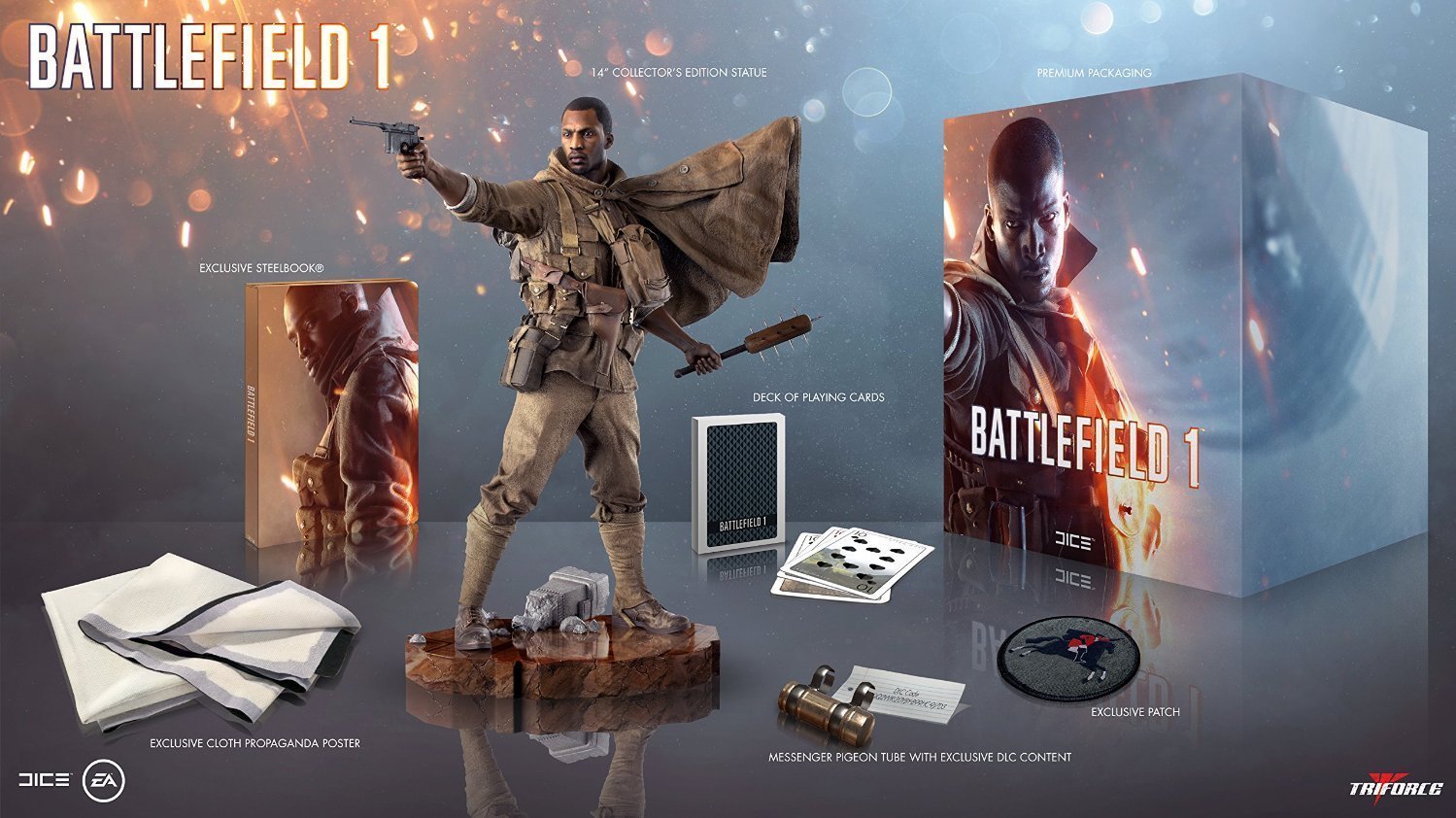