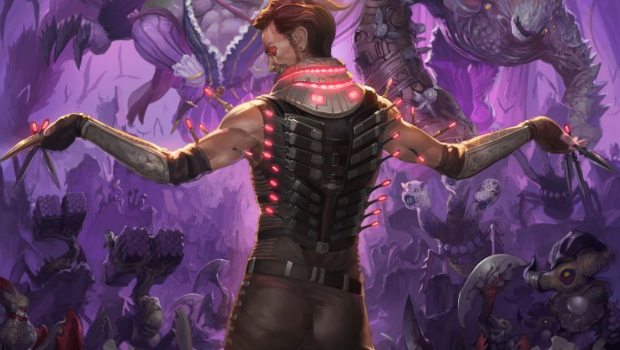 Konami’s NeverDead is out at the end of the month, and there’s a bunch of new art and screenshots to celebrate. Seems like the game’s been in development for fifteen thousand years, so I’m glad to see it finally on the horizon.

NeverDead is a ridiculous game about demons and an immortal protagonist who will physically degenerate with every hit he takes. At their weakest, players will be nothing but a head, rolling around and attempting to regroup. That seems pretty tame, however, compared to the messed up monsters he’ll be righting.

I’m tentatively looking forward to it. Games like this are almost always surprising gems or under-funded disappointments. Really hoping we’ve got the former on our hands.