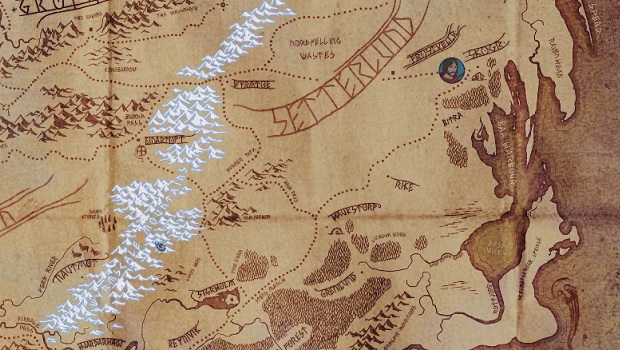 Yes, The Banner Saga still looks amazing. Great, now let’s move onto some of the actual strategy mechanics which are explained in the trailer above. The traveling system relies on three resources: morale, supplies, and population, all of which intertwine. Resting your caravan will improve morale (important for battles) but that will in turn eat into your supplies. Once your supplies start going your caravan’s population will dwindle.

I had originally thought The Banner Saga was just going to be the turn-based combat we’ve seen in previous trailers so I’m glad to see there’s an extra strategy layer on top of that. Resting your caravan will give you options to re-arrange your party, promote warriors, and assign items. I’ve been keen on seeing more of the mechanics of The Banner Saga; it’s clearly a beautiful-looking game but it’s going to need to deliver on the strategy side for it to be really special.