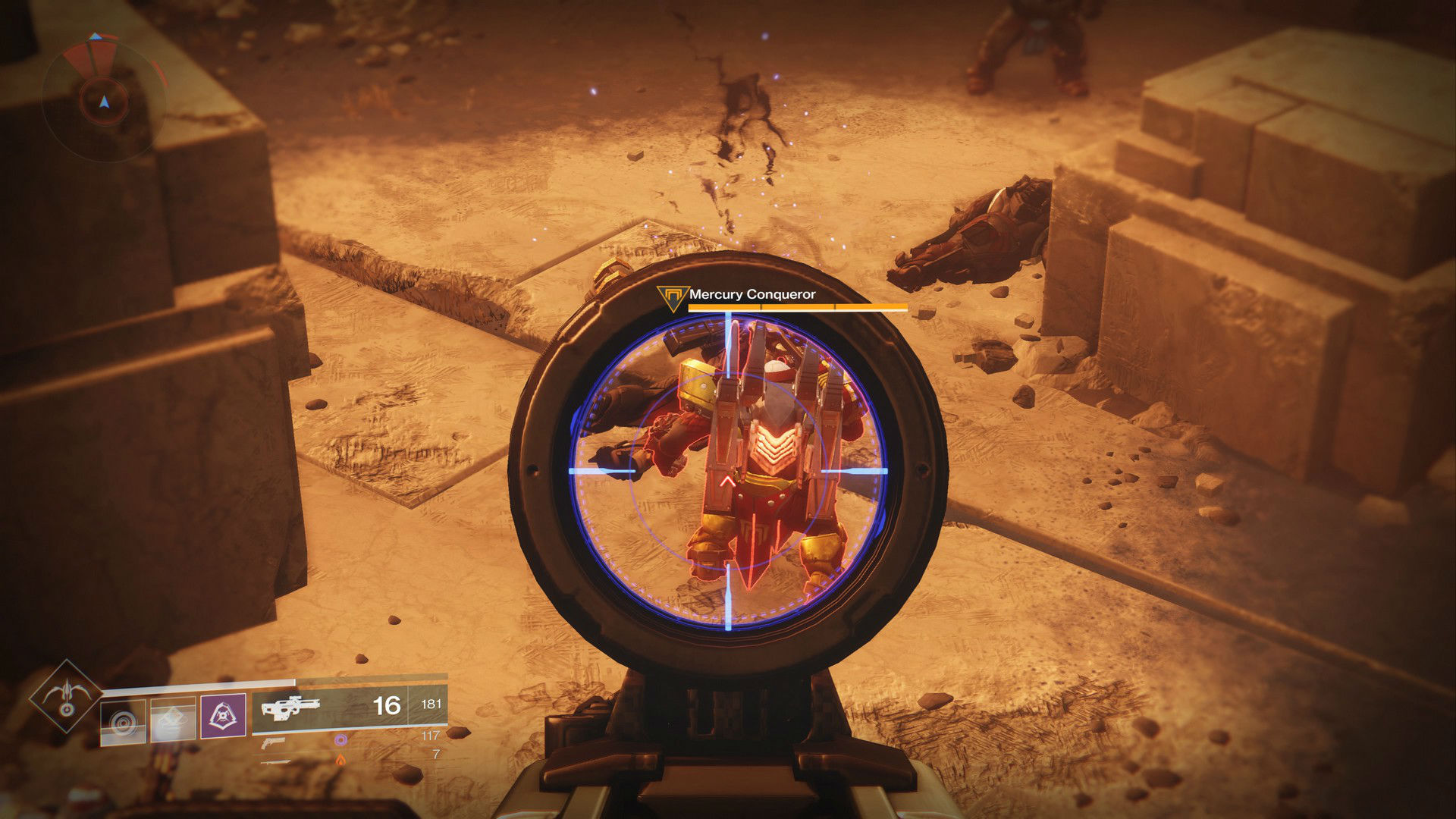 This week, Destiny 2‘s “Flashpoint” exercise is on Mercury. For the uninitiated, this is an easy weekly mission that each character can complete through public events that grants one piece of “Powerful Gear,” one of the best ways to level up beyond your current power level in Destiny 2.

It should be good news that a Flashpoint is in a new location for once, but Mercury is a disappointing, tiny wasteland that came with the DLC. It’s so tiny in fact that it only houses one public event, which pops up sparingly.

Thankfully you can alleviate some of the waiting game with a simple tip — kill all the yellow-bar enemies you can find.

Zone into Mercury, and go tap the public event flag if it’s up to keep track of it. Then roam around the circle, looking for yellow enemies (sometimes they have slightly different models, sometimes they’re just base looking ones), killing them as you see them. It’s not obvious but it grants you roughly 4% of the requirements for your Flashpoint. The bulk of them congregate near the back of the map, close to the Infinite Forest gateway.

Roughly 4%. Given that Mercury will slide in and out of the weekly cycle, it’s a good thing to know!