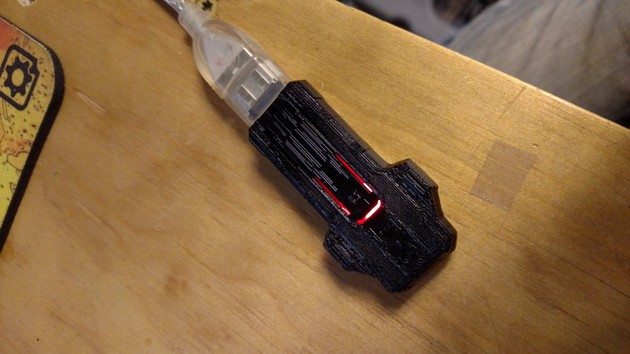 At your own risk

If you bought the collector’s edition of Xenoblade Chronicles X, you probably noticed the USB stick that comes housed with 10 songs from the game. Evidently it’s locked though, so to really make it useful it’ll require some tinkering.

The folks over at Nintendo Life have compiled a small guide by way of a reader, that basically amounts to opening up the stick with a knife and replacing the parts. To be clear, most people will want to just leave it alone, but if you really dig the design of the stick and have a little bit of mechanical know-how, you can fix things up rather quickly.

I’m tempted to do the LED mod for my other random USB sticks! My personal favorite is a stick with the floating head of Lollipop Chainsaw‘s Nick Carlyle embedded in it.