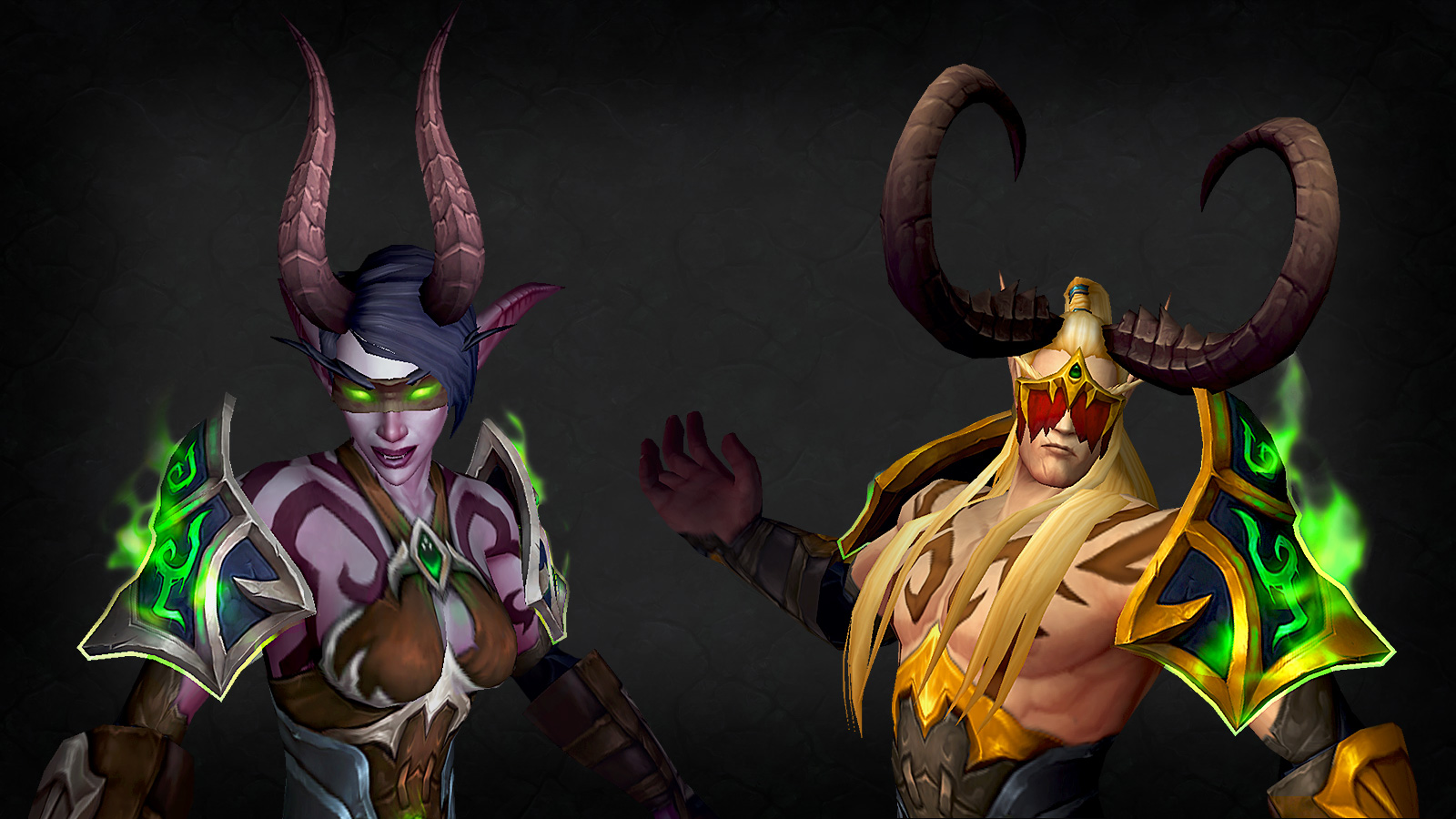 For the Legion expansion

The World of Warcraft: Legion expansion isn’t set to debut until mid-2016 (!), but Blizzard has provided alpha access to some individuals far ahead of its release. As of this week I had a chance to try out the Demon Hunter class, which only Night Elves and Blood Elves have access to.

Since I’ve always had an affinity for the Horde (though my server-first raiding guild during Burning Crusade made me switch to Alliance), I created a Blood Elf, and jumped into it. Like the Death Knight before it there’s a little exposition with a limited amount of skills before you jump into the core game, and it sheds a little light on some more of Illidan’s story.

What’s really cool about the class is that it has a double-jump, glide, and dash attack at its disposal, the latter of which can be used to air-dash. Souls also drop from some fallen foes, which can replenish your HP when touched, adding a bit more flair as well. It’s a tad more action oriented than a lot of other play styles, but at the end of the day it’s still WoW.

I wasn’t really floored by what’s on offer so far, but I’m still looking forward to the new expansion.