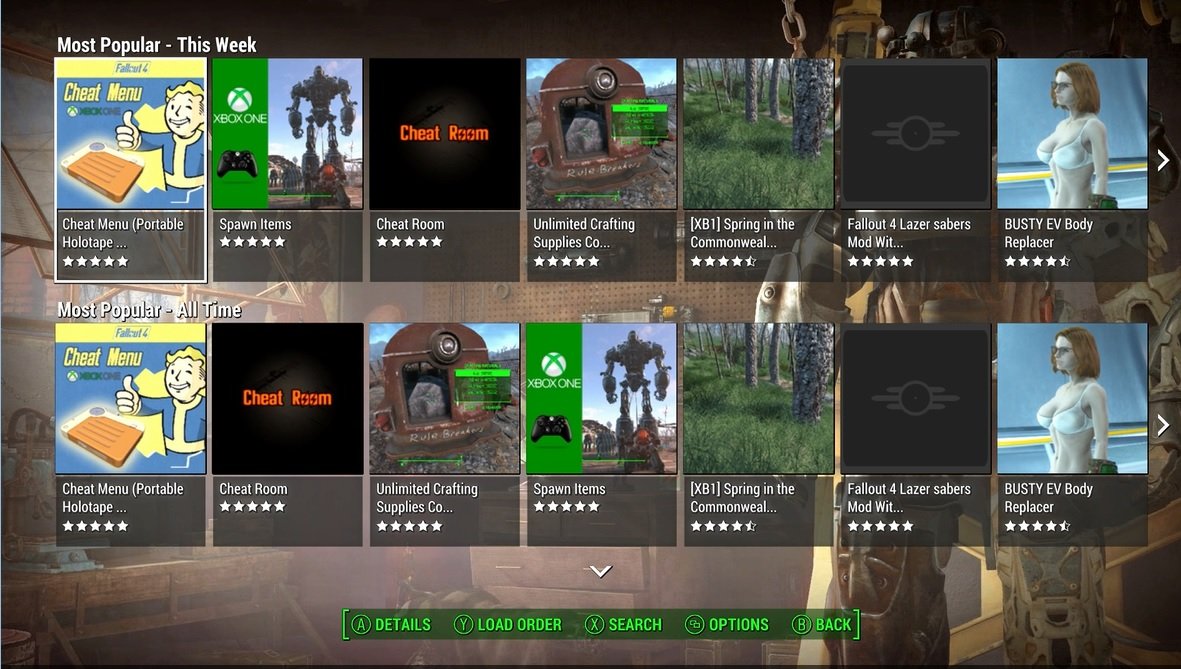 It’s clunky but it works

Bethesda unleashed Fallout 4 mods onto the Xbox One ecosystem on May 31 (it’s coming later in June on PS4), and although functional, there are a few caveats involved. For one, the servers have been hit pretty hard over the past few days, and have frequently crashed at random intervals. Next, you have to sign up for a Bethesda.net profile and link it by way of your Xbox One, which I didn’t even know existed until recently.

After that’s all taken care of, the horizontal interface is manageable if a little unwieldy. There’s a decent selection involved at this point, including weapon mods, settlements, and character customization. It’s not all that exciting at the moment but it has potential!