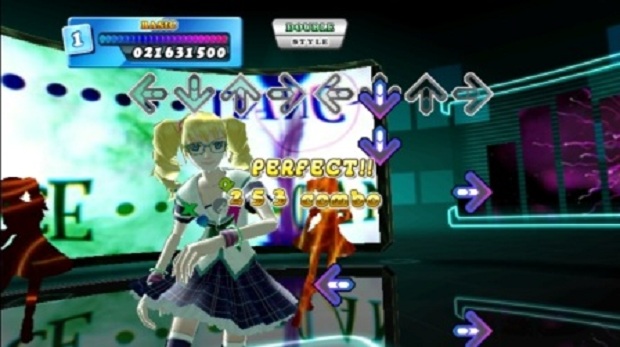 Konami’s latest offering in the Dance Dance Revolution series, Dance Dance Revolution II, is fast approaching its release date of October 11 on the Wii and I bet you just can’t wait to know which songs you’ll be burning your fat off to. Today sees that happening in a way. Konami has decided to throw out a partial song list for fans to dance to. Actually you can’t dance to them just yet; you can pretend to though, I won’t tell anyone.

Among the list is none other than Vanilla Ice who teamed up with Konami to create original music for the game as well as Ne-Yo’s “Beautiful Monster.” Bruno Mars also makes a couple of appearances, most notably with “Just The Way You Are” as well as Rihanna with “Only Girl In The World”.

Here, take a gander at the full “partial” list Konami has released: