Plus, a look at all six wristbands

Super Nintendo World is opening in Universal Studios Japan later this summer. Alone that sounds great. A theme park in Osaka that’s dedicated to Nintendo is already cool enough. But, there are ARG components that will make the Mario experience really come to life.

Upon entering Super Nintendo World, visitors will have the opportunity to buy a wristband that pairs with a smartphone app. Here’s a look at the array of bands that will be available. (Image courtesy of Famitsu.) Waluigi is snubbed again. 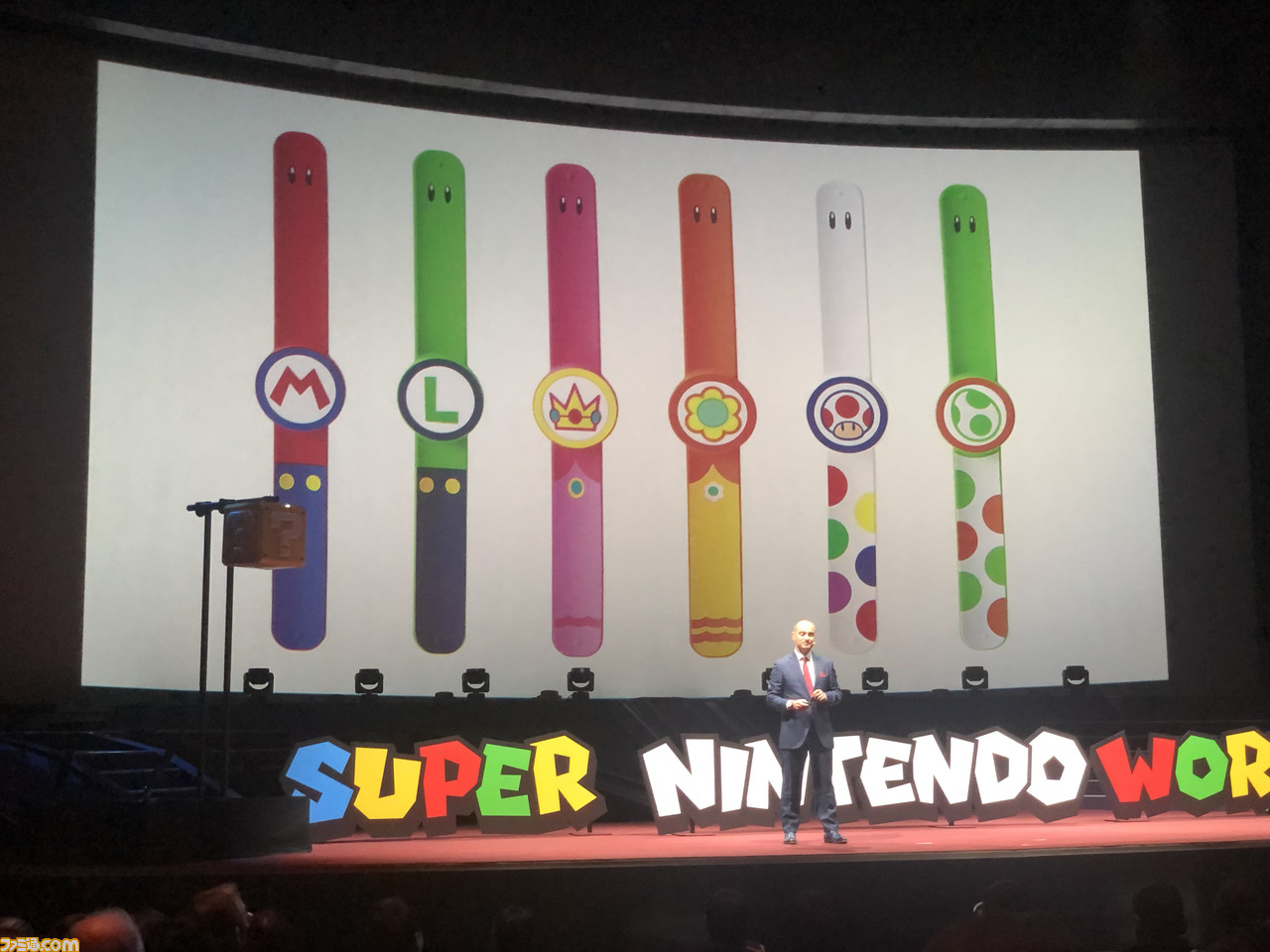 This wristwatch/phone app combo turns Super Nintendo World into more of a game than a theme park. According to Bloomberg, the park tasks visitors with recovering a golden mushroom that was stolen by Bowser Jr. The band unlocks functionality where people can collect coins and battle bosses while exploring the physical park; the app tracks their progress.

Here’s what some of that coin collecting looks like in action:

All of the bling with none of the concussive head-bashing. Nintendo didn’t elaborate on what sort of rides will be available at Super Nintendo World. Yesterday’s trailer/music video gave a look at the spirit of the park while showing utterly impossible implementation. At least know we know how visitors can go about being the best Mario they can be.