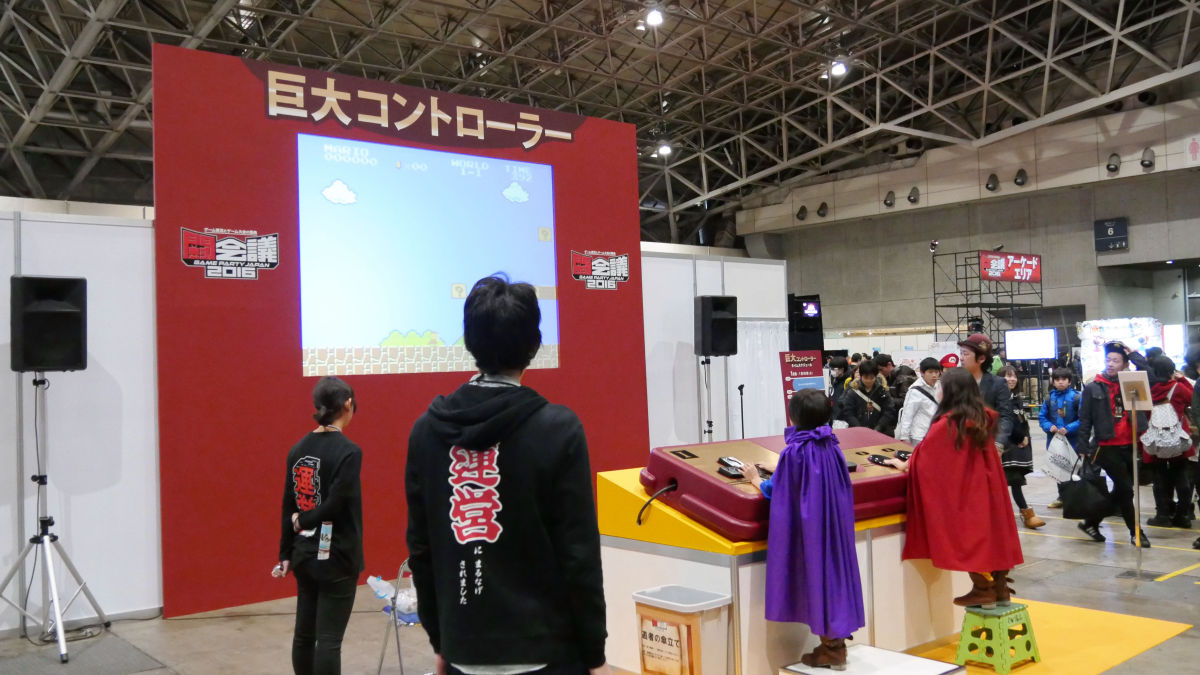 Over at the Game Party event in Japan, one major booth stood out — a giant NES (Famicom) controller. And not just any controller, as this one actually worked, allowing people to hop up and play Super Mario Bros. with it. As you can clearly see it takes two people to fully operate it, which is a game in and of itself. Get a good look at it in the gallery and video below, compliments of Gigazine.

Those kids in capes are the cutest!