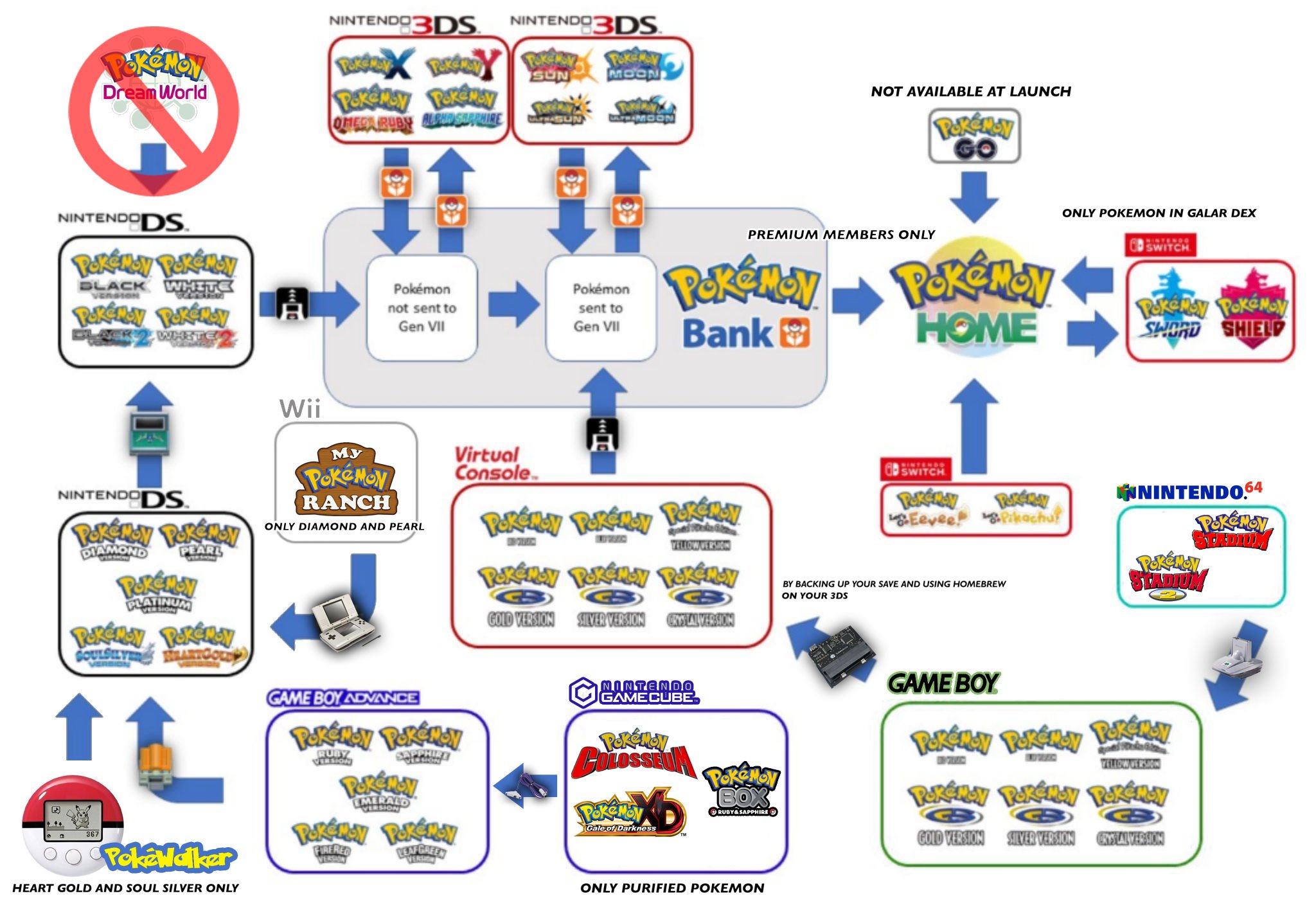 Transferring Pokemon from legacy sources is beyond complicated. In some ways, it’s a wonder (trade) you can even do it at all! But thanks to the efforts of Reddit users dominodave and YamiArtio (as well as CengizMan), the path is a little more clear. Well, depending on your perspective.

As we know, Pokemon Home is coming this month and it’ll arrive with a few caveats, chiefly: you need to have the premium service to transfer creatures off of the Pokemon Bank (the prior service on 3DS). But there’s actually a massive pipeline of transferring opportunities beyond just the Pokemon Bank to Sword and Shield.

You can actually transfer characters from really, really old games into various still-supported apps (RIP Dream World) that will eventually funnel into the Bank, which will in turn trickle down into Pokemon Home: and if they’re Galar region supported, Sword and Shield.

It’s crazy how many side hustles are a part of this diagram, from the Pokewalker (I still have that little thing!) and Pokemon Stadium. Even Pokemon Go support is coming at some point. Start planning now! I did all of this years ago, and everything is waiting safe and sound in the Bank, ready to be shipped off into the great beyond.