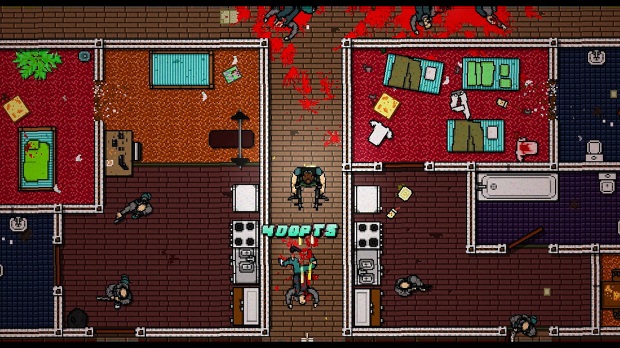 Guess what, it looks a lot like Hotline Miami

A YouTube user named LennyReviews has stumbled across some alpha footage of Hotline Miami 2 and has posted a whopping 80-minute-plus video of the hotly anticipated release from Dennatron and Devolver Digital.

This is supposedly early footage of the game but it looks legit; staggering amounts of violence and super cool electronic music? Yes, looks like a Hotline Miami kinda game to me.

I’m usually wary of long videos showing off big chunks of a game, especially so long before release, but Devolver has confirmed that what’s in the video takes place within the first few acts of the game and is spoiler free.

Of course, being alpha footage, a lot of this might change before the game’s release later this year but I think I’ll wait until then; I want to go into Hotline Miami 2 unsullied.