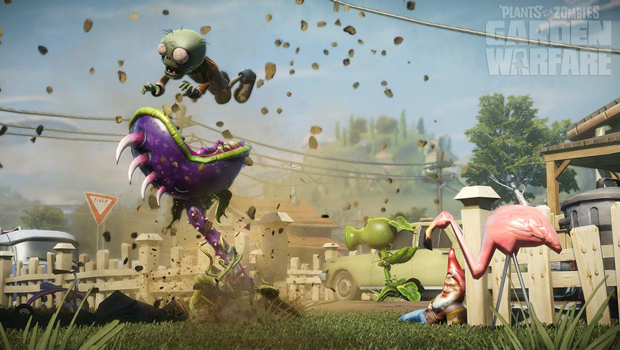 PopCap’s released a new video for its upcoming third-person shooter take on the much loved tower-defense franchise, Plants vs. Zombies: Garden Warfare. It’s short, and really only exists to let everyone know that they can now pre-order the game, but there’s a zombie scientist using what appears to be a dolphin gun so it’s okay.

Because of money, Plants vs. Zombies: Garden Warfare will launch first on the Xbox One and Xbox 360, with PC and PS4 release dates still unknown. The game recently had its release date pushed back a week to February 25; those in Europe can still get their hands on it on the 20th.