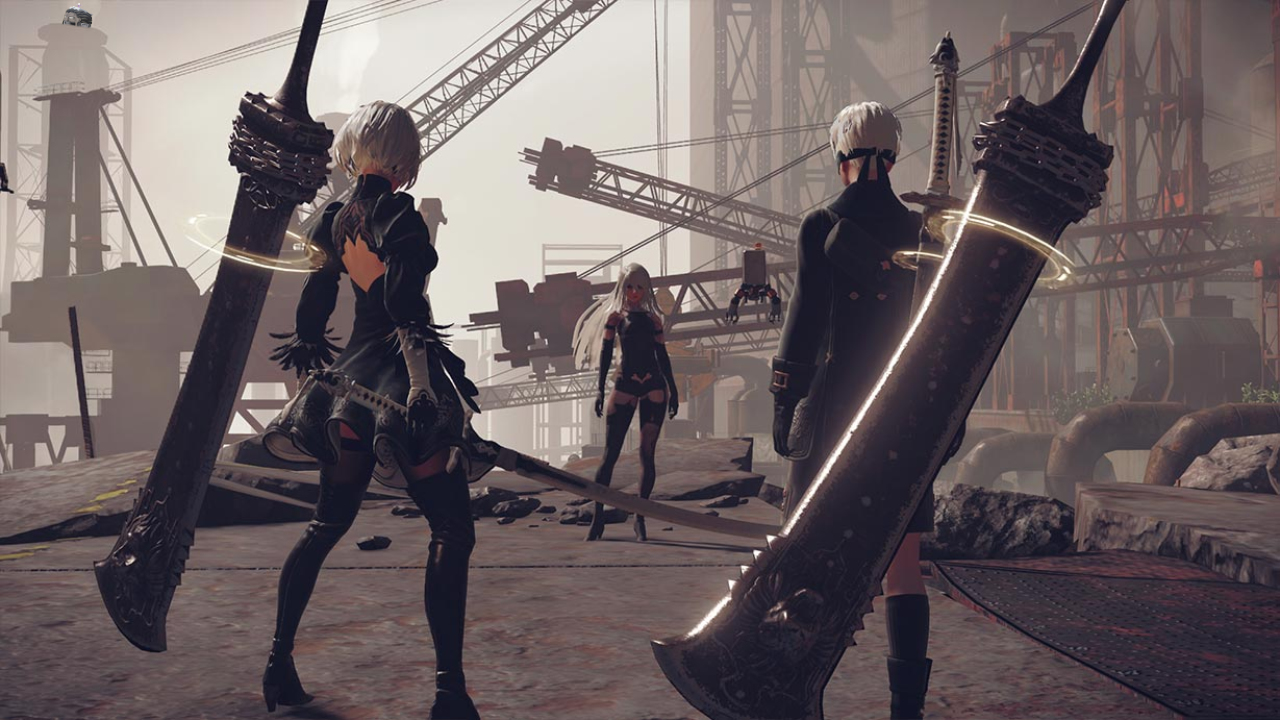 More video games should allow you to ride a moose

NieR: Automata is, without a doubt, one of my most anticipated games of 2017. As who has enjoyed some of the past works of Taro Yoko (although I admittedly need to get around to Drakengard 1 and 2), I’m finding myself desperately hoping that this game turns out to be great. Of course, this also means that I’ve got a huge amount of interest in any and all bits of footage that I can find relating to it.

In a livestream hosted by both Square Enix and Dengeki, the publisher demonstrated around 20 minutes of footage from the upcoming action RPG by PlatinumGames. Some of the areas on display in this stream may be familiar to people who have seen previous pieces of footage of the game, but it does give us a better look at its combat system — and some larger enemy encounters — nonetheless.

Alongside this gameplay footage, there was also a discussion about some of the technical aspects of the PS4 Pro version of NieR: Automata when compared to that of its less powerful counterpart.

On the PS4 Pro, NieR: Automata will operate at a resolution of 1080p (1920×1080) instead of the 900p (1600×900) that the base console runs at. Not only that, but the version of NieR: Automata for Sony’s more powerful variant of its current-gen machine sports slightly improved lighting effects as well as more detailed shadows.

Keep in mind, however, that no matter what platform you’re using, NieR: Automata is targeting a frame rate of 60FPS, meaning that these differences should be purely cosmetic.

I do have to wonder what exactly happened to the 4K mode for the PS4 Pro that producer Yosuke Saito mentioned in an interview with Game Rant about a month ago. Although it is entirely possible that this may be shown off at a later date.

One point of differentiation that might be bothersome to some users is that the PS4 Pro version of NieR: Automata also adds a motion blur effect. Considering how divisive the reactions to this particular visual effect can be, I do hope that users will be able to disable it. 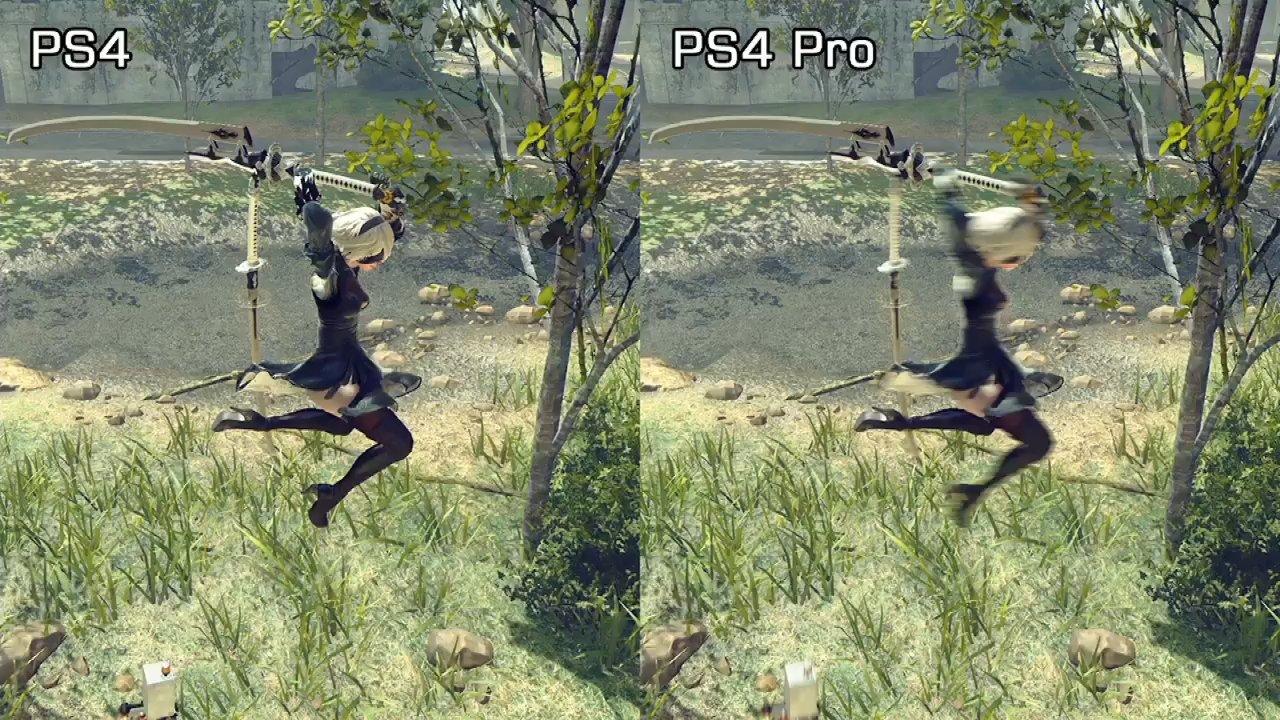 I also need to stress that the accompanying images in this article and the footage itself will not do a particularly excellent job in demonstrating the differences in resolution between the the base PS4 and its Pro counterpart. The footage caps out at 720p, which is noticeably lower than even the base PS4 version of NieR: Automata’s 900p resolution.

Square Enix also took the time to detail a couple of collaborative projects related to NieR: Automata. For starters, Noctis’ Engine Blade from Final Fantasy XV will make it into the game, which will even have an associated Weapon Story. Alongside that, items from the game will eventually make their way into both Phantasy Star Online 2 and Monster Hunter Frontier Z. There’s also the possibility that the latter of these two games will even have a NieR: Automata-themed quest.

All in all, NieR: Automata looks like it’s shaping up to be pretty great. I’m just hoping that I feel the same way about it after I inevitably play through the demo when it drops on December 22.