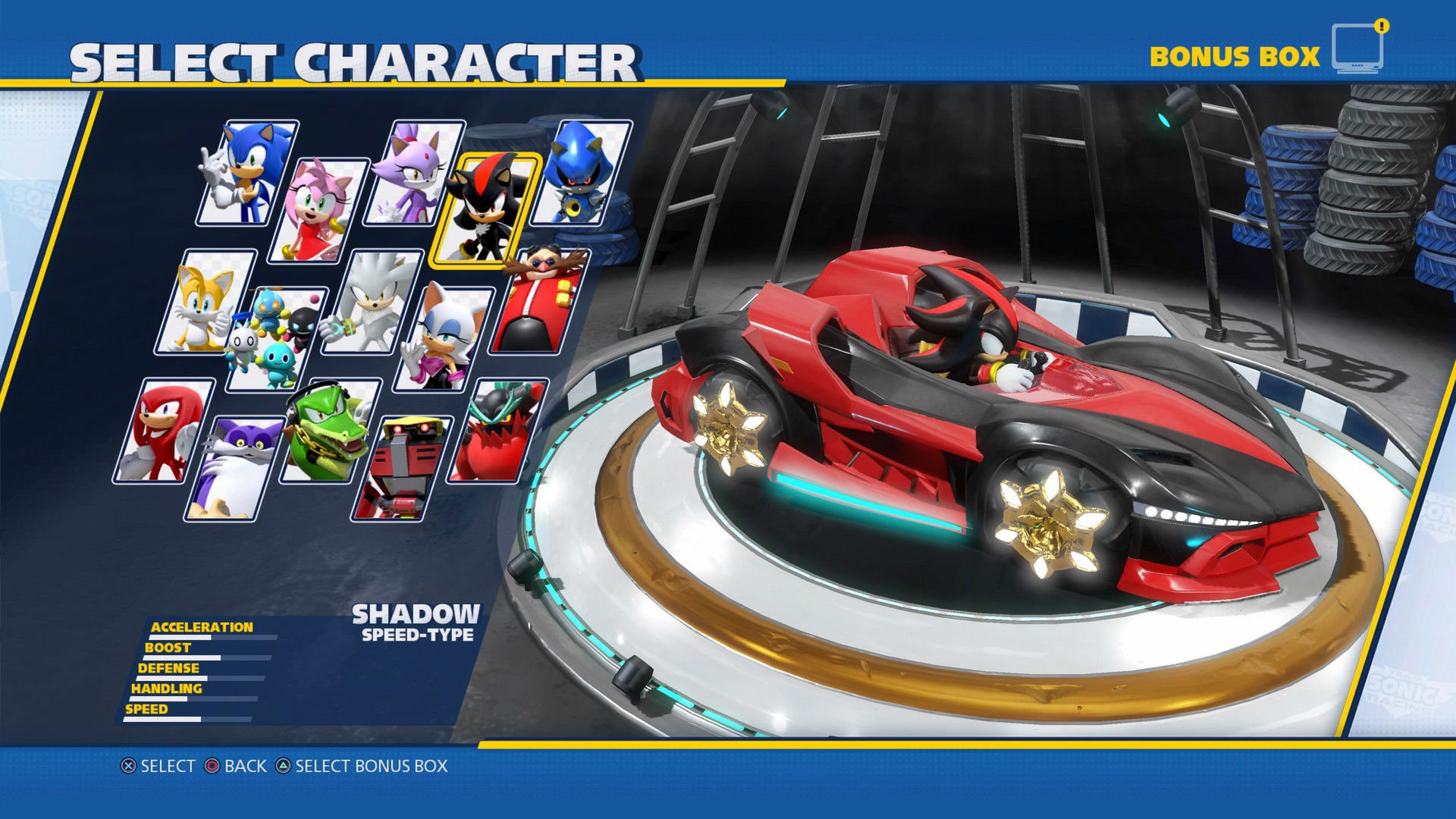 Team Sonic Racing‘s roster is confirmed, and it’ll contain 15 characters, all of whom belong to different “teams.”

For instance Sonic, Tails, and Knuckles are all part of one faction, going down the line vertically, and so on. If you’re aiming to play the game’s main team racing mode you’ll pick between those three, with speed, technique, and power variants making up the top, middle, and bottom columns respectively. If you’re on the same team as someone you’ll need to match up to that team accordingly.

If you’re opting for the solo mode (read: standard racing) you can pick whoever you want, free-for-all style. Here’s the full list: