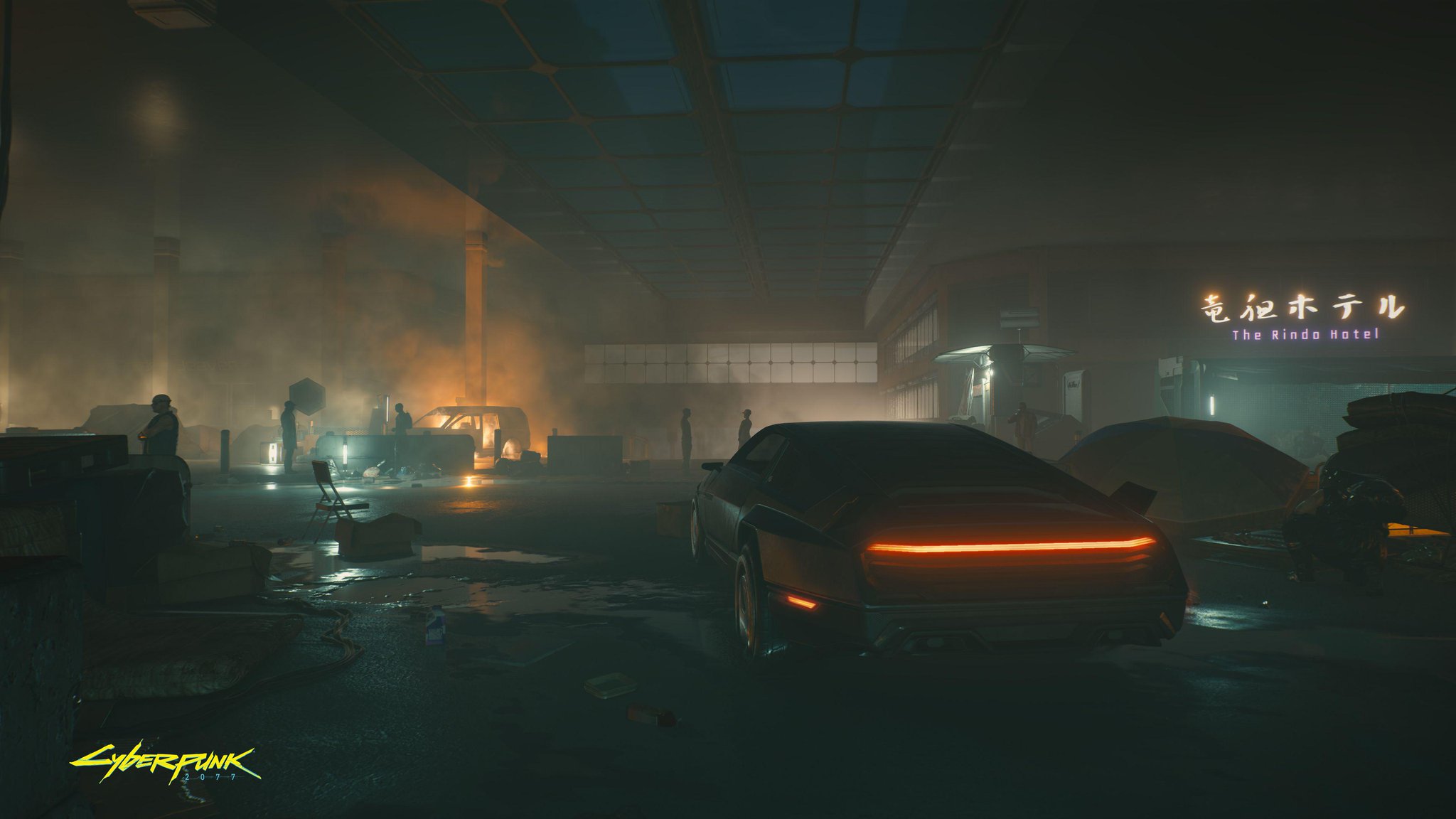 Now you know where you’re going!

We’re at a crossroads of sorts. Cyberpunk 2077 launches in a mere four(ish) months, meaning it’s prime time for a glut of new information. However, we’re also quickly descending upon the end of the year, a period when mostly everyone goes into hibernation and marketing efforts temporarily shut down. The need for details is insatiable.

So, here we are, about to gawk at a book cover because it possibly shows some of Cyberpunk 2077‘s map. Judge for yourself:

Is that white drawing on the yellow case in the shape of Night City? Probably! Is it comprehensive? Probably not! Is it impossible to glean any real information from this simple sketch? Yep!

It’d be silly to include an inaccurate rendition on promotional materials, so this is most likely a part of Cyberpunk 2077‘s map. However, as IGN point out, it could be slightly skewed in ways so that the image fits on the slipcover. IGN asked CD Projekt Red about the cover’s accuracy, but the developer declined to comment.

This is all a finer-yet-now-overanalyzed detail in the deluxe edition of the World of Cyberpunk 2077 book. This 192-page book is an immersive reference guide to Night City and all its inhabitants. Alongside the hardcover book, the deluxe edition includes a Johnny Silverhand poster (that’s Keanu Reeves’ character), some temporary tattoos, and four vehicle postcards. The World of Cyberpunk 2077 is published by Dark Horse Comics and is available to pre-order for $100.