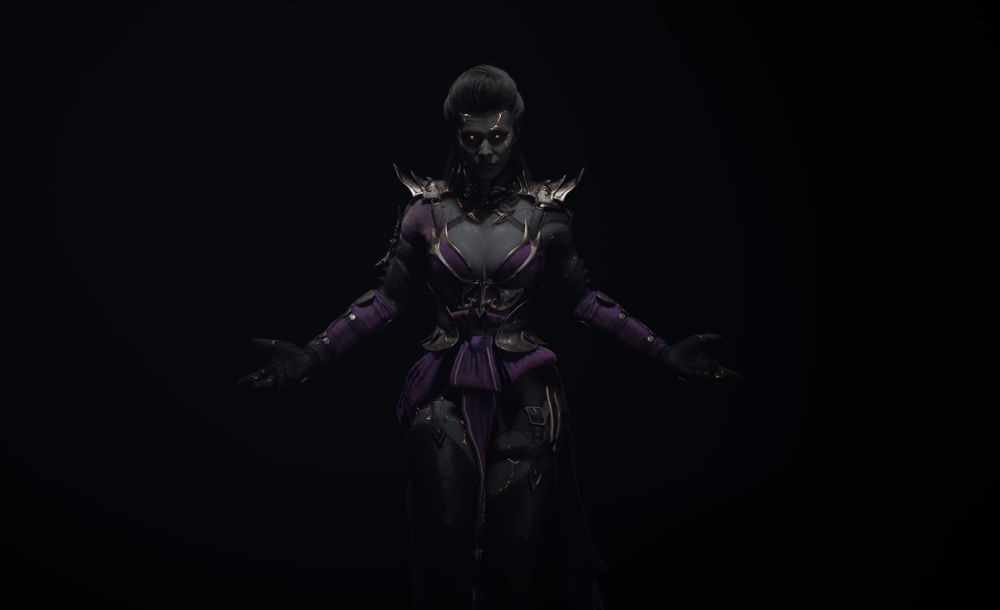 While we are yet to know exactly who will be the next character joining the roster of NetherRealm’s Mortal Kombat 11, a new render released by NRS head honcho Ed Boon gives us our first look at everyone’s favourite dead, then undead, then double-undead mom, Sindel.

In the dark image, posted to Boon’s twitter, we see that the Edenian queen is rocking her revenant form by default, similar to other characters such as Jade and Liu Kang. No doubt she will also have a non-revenant skin. Given her oddly retconned new backstory, it would be wicked to get a full-on “actually alive” Sindel skin for this particular entry.

I think she’s looking pretty good, and that’s the opinion that matters where Her Majesty is concerned. We don’t know for sure which character will be next to join Shang Tsung on the DLC train, but either way we’ll be seeing Sindel, Nightwolf, Spawn and the two mystery guest characters soon.