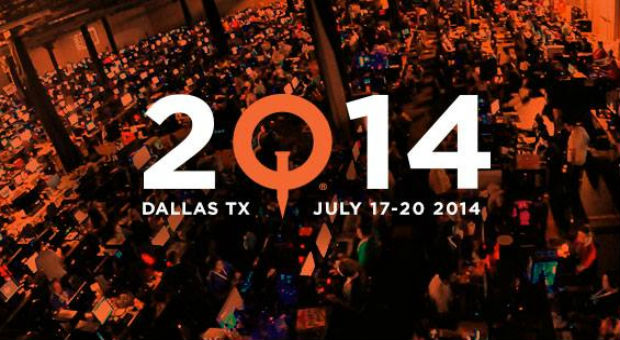 Go forth and frag

Quake Live players from all over the world will be competing for money and ego at QuakeCon 2014. The event is being held at the Hilton Anatole in Dallas, Texas.

Players will be competing from a prize pool of more than $40,000, the largest prize pool in QuakeCon history. Registration is currently open for this years tournament lineup.

-The Intel Quake Live Duel Masters Invitational Championship which will feature known professionals and top Quake Live competitors in an exclusive tournament. 32 players will compete 1 vs 1 for a grand prize of $20,000 in a single elimination bracket.

-The Seasonic Quake Live Duel Open which is available for 64 amateur players. This tournament will offer up-and-coming competitors a taste of professional gaming. Players will compete for a share of $2000 dollars with $1000 going to the champion in a single elimination bracket.

-The PCPartPicker Quake Live Capture the Flag Open will feature 4 vs. 4 competitions for 16 teams battling it out in a double elimination bracket. Players will compete for their share of $20,000 in prizes, including $8,000 for the champion team. The top two teams will then face off in a showdown to collect an additional $2,000.

Registration for the open tournaments is first come, first serve from on-site sign-ups. Interested parties are asked to visit the tournament area on-site at QuakeCon in the Wedgwood Foyer from 10 AM to 1 PM CDT on Thursday, May 17.

The QuakeCon Trials, a series of daily trials testing the skill of gamers in games from both Bethesda and id Software, is being held for the second year in a row at QuakeCon. Players will even get a chance to go hands on with a demo of Shinji Mikami’s upcoming survival horror game The Evil Within.

QuakeCon will run from Thursday, July 17 through Saturday, July 19 and doors will be open from 10 AM till 6 PM.