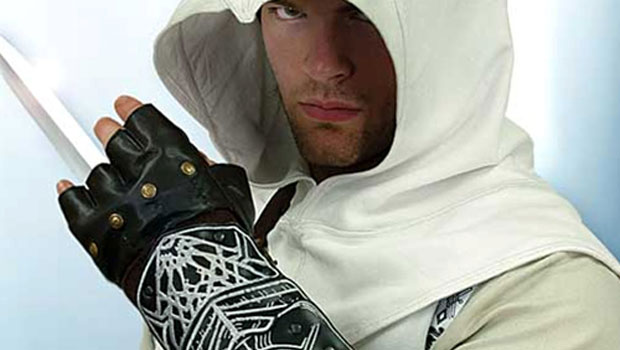 Atlanta Cutlery has announced that its partnered with Ubisoft to produce high-end props and collectible costumes based around the Assassin’s Creed universe.

Just in time for Halloween and the November release of Assassin’s Creed II, comes a line of props based around… the first Assassin’s Creed. Those props — including an Altair costume, an Altair hidden blade and sword, a Crusaders tunic and a priest robe — are said to be available now. However, neither of Atlanta Cutlery’s Web sites are offering them at the time of writing.

Products for the sequel are set to ship beginning of Q2 2010, and all of the items are said to “have been meticulously researched with Ubisoft personnel for absolute realism.” Well, it better have been, damn it. If the threading is wrong on the Altair costume, I’m going with with my back up plan this Halloween — 8-bit Jason Voorhees from the Friday the 13th game.