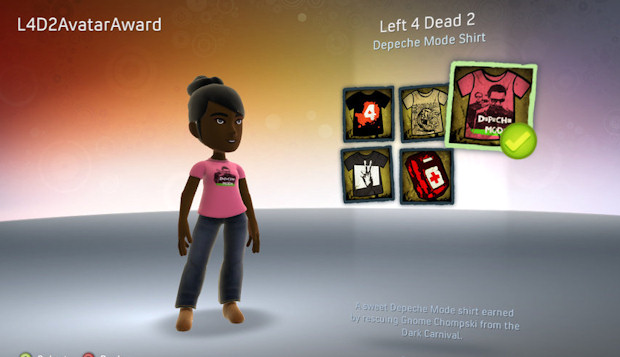 As we shamble ever nearer to Left 4 Dead 2‘s release date, the information is flying thick and fast. Yesterday, it was discovered that Avatar Awards would be a part of the Xbox 360 version, allowing players to kit their soulless little Xbox Live imps with frying pans, medkits and shirts. Now there are pictures. Let’s look at them!

These screens come courtesy of Official Xbox Magazine, and they look pretty snazzy if you’re into that sort of thing. This is definitely better than the whole idea of spending actual money on pretend Avatar clothes, in any case, and I’d be tempted to nab a Medkit at the very least.

What about you? Gunning for any of these Awards, or does anything Avatar-related make you sick into a bag?