Bravely Default II is a weird one.

There was all sorts of buzz around it and we even got a playable demo! Then for months at a time a lot of people collectively forgot about it. Well, now it’s back on the radar: as Nintendo has confirmed a February 26, 2021 release date for the Switch exclusive. RIP Bravely Default on 3DS.

As promised during the surprise Nintendo Direct Mini (the last of the year!), Square Enix and Nintendo went over some of the changes that resulted in direct feedback from the demo earlier this year. In short, there’s a lot of changes to unpack.

The addition of difficulty options is a huge one and a no-brainer. But now Square Enix says the “early part of the game is now easier,” while still retaining challenges of big battles. In other words, the “trash” fights are likely quicker to go through while bosses stay at the same power level to increase tension.

There’s a few other quality of life things too, like the chance to skip battle intro scenes (this should be in every game), more bold fonts and background colors and a remade UI. This all sounds good on paper! Now we wait the four months to see if they executed on it.

As a note Square Enix says that these fixes are based on one million downloads and 22,000 direct responses. 80% of the folks involved said they liked the music the most of any feature of the demo; while 33% hated the difficulty spikes, which was the most polarizing aspect of the demo. 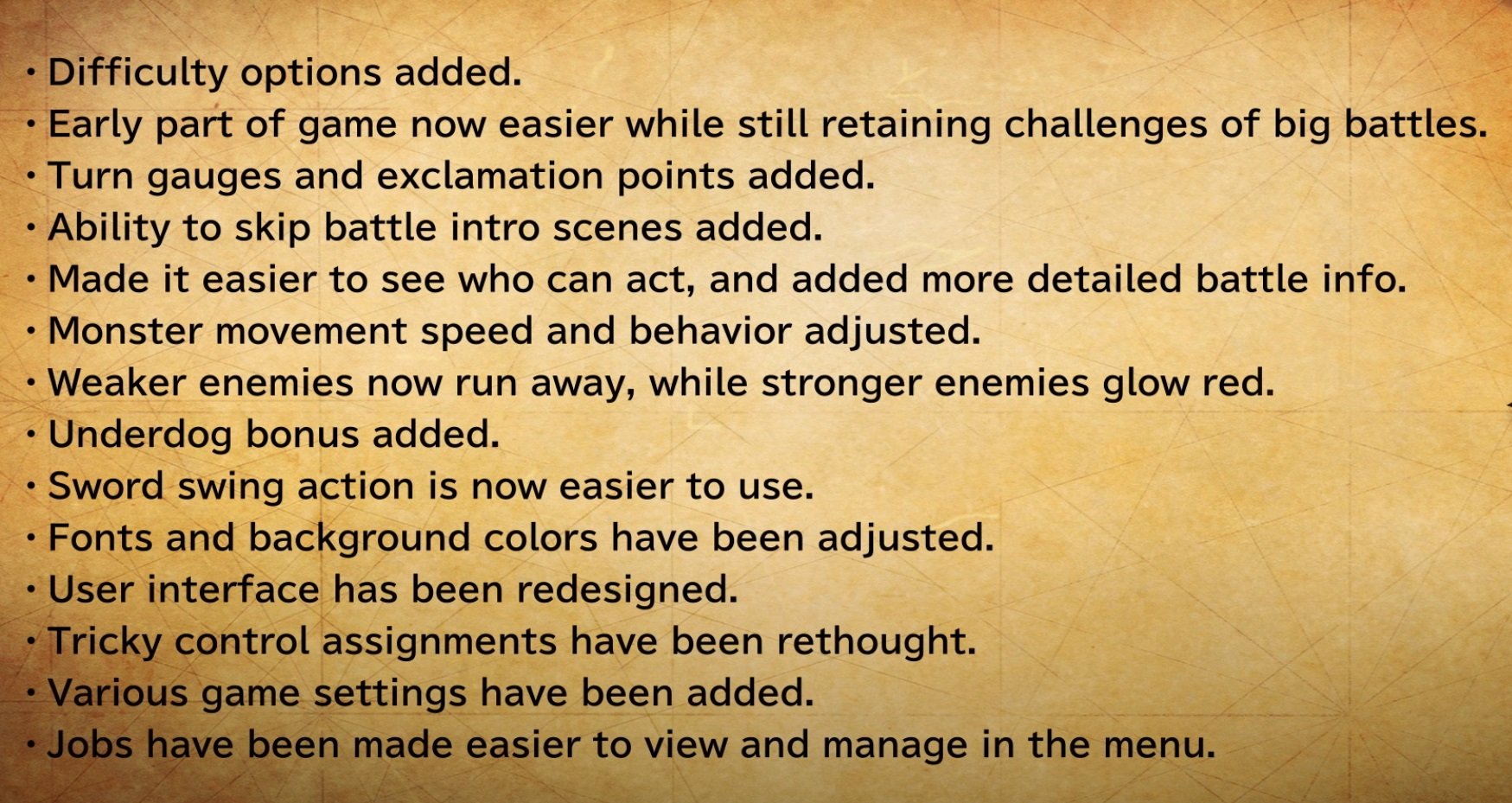