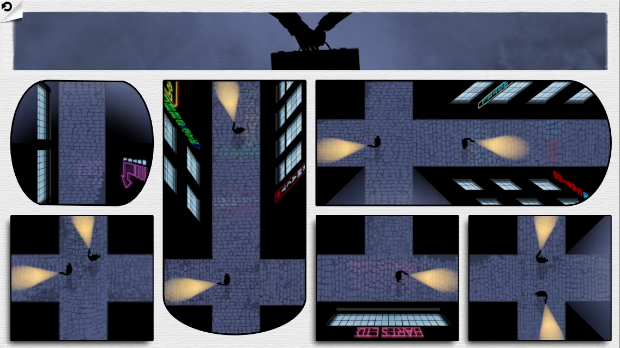 PAX East 2014 is only 49 days away, and as has been the recent trend, it will feature an increased focus on independent games. Featured in this year’s PAX East Indie Showcase are six titles, all of which are playable on phones. The games that made the cut are:

The most interesting of the bunch looks to be Framed (pictured above), which features comic book panel shifting to rewrite stories. Also particularly noteworthy is Duet, which appears to have a little in common with Pivvot, but also promises a peculiar narrative in addition to the twitch avoidance gameplay. Also, this is the second time today that Wayward Souls has shown up; just earlier it was announced as part of the Indie MEGABOOTH for GDC.