When I asked the community what they wanted from the future of Overwatch, I got some pretty unexpected and thoughtful responses. I mostly just mused on how we could use more baddies/Talon members on the roster, but a few of you had some great mechanical-minded ideas.

Here are a few of your choices!

Several of you pined for guest characters, which actually does make sense as the game gets a little older. As soon as interest wanes a bit, BAM, throw Jimmy Raynor in there for good measure. It’s something I didn’t really think of but long term it could easily happen.

Jinx actually doesn’t want a specific type added — sniper. He says that he’s already annoyed by the three ones we do have, as players ignore the objective in favor of just sitting back. As far as specific requests go, “all hail the queen” was a popular sentiment. Yes, the one and only Queen of Junkertown!

HisDivineOrder (an appropriate name for this holy request) wants more healers, a sentiment shared by a lot of others:

We need more healers. We need to be able to have two teams of only healers where no healer is repeated across teams.

Every time I play Overwatch, I am always amazed by how few healers we have to choose from after all…

I want that one Omnnic that teamed up with Zarya in the comic because they seem like they’d be pretty cool. [We] need more humanoid omnic[s]. 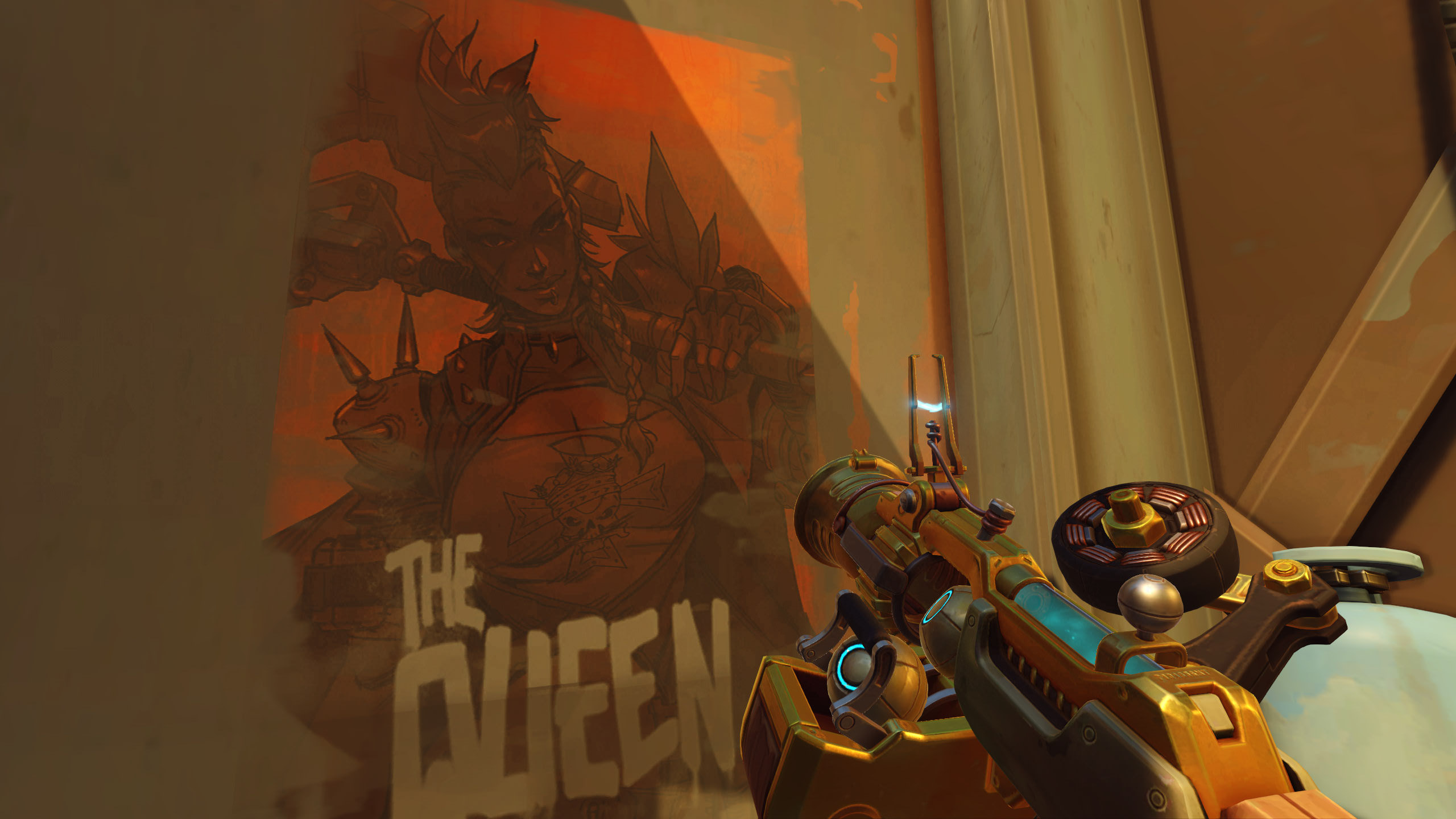 Daentos also had a thoughtful response on another lacking subclass:

We haven’t seen a new defense hero since what, launch? I think we’re overdue for a new defender, turrets or no turrets.I’d like to see the Overwatch team take a cue from the Guilty Gear devs and look to other genres to blend into some new characters. Get a sort of tower-defense hero going on, that has 3 different towers that have different debuff effects or something.

One tower could slow enemies within a sphere of influence, another could be like Winston’s tesla cannon with similar AOE abilities, and the last could be something like a manual shield-pulse ability (I’m thinking like you set it down and than you can pulse a bubble shield that stays on for a very short time but can help anchor a location). Maybe make it build off a sort of limited currency system like Torb’s armor packs.

I mainly just want them to stop regurgitating so many mechanics. The earlier additions felt fresh with the introduction of healing reduction and silences, but the last couple heroes have seemed like they threw a bunch of elements from preexisting characters in a blender.

And Chad Lawson brings in an idea from one of my favorite Blizzard games, Heroes of the Storm:

I’d really like to see some sort of “turret” support character who functions similarly to Abathur in Heroes of the Storm. It would be interesting to have this sort of dynamic in a game like Overwatch, as it could alter gameplay significantly.

Thanks for all your responses! I’ll definitely be thinking about this discussion when the new hero is announced.