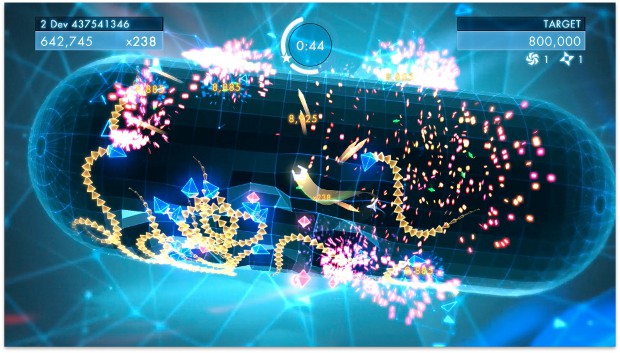 Playable at PAX right now, for those lucky jerks who are there

We have already seen a little bit of the “full 3D action” of Geometry Wars 3: Dimensions, and it looks like those lucky attendees of PAX Prime can get some hands-on time with it this weekend. Stupid lucky jerks who I love having tons of fun while the rest of us are whiling away at home. Hmph, harumph, and pouty arm-crossing all around.

For most of us who are not able to brave the show floor and play right now, we at least have some new screens to look at. I contend that it is more “2D action on a 3D playing field,” but maybe that was too long and not punchy enough for the PR team. With a planned launch for “this holiday season,” the rest of us should be able to play Geometry Wars 3: Dimensions on PC, PS3, PS4, Xbox 360, and Xbox One.