Our review is coming later

Ubisoft recently notified the press that it wasn’t going to send out early copies of The Crew. Instead, critics would have to experience everything at launch and beyond, meaning there would be no reviews for the game at release. That’s a bummer for anyone who pre-ordered and has no idea of what to expect.

But fear not, as Brittany Vincent and I have obtained copies of The Crew, and while she’s hard at work giving you the full rundown in the future, I’m here to give a few quick thoughts for all of you who haven’t picked up your pre-orders yet. 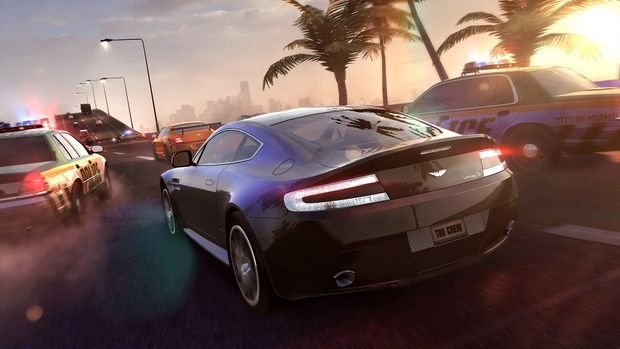 In essence, The Crew is an online-only, open-world racing game. Yep, good old Ubisoft and its predictable open-world formula is at again — right down to the outpost/radar buildings (called “data stations” here, haha). Once you’re done with the prologue you can basically just roam around the world, which, in this case, is the entire United States. This is easily my favorite part The Crew, as developer Ivory Tower nailed the way the map works.

First of all it’s presented in a seamless manner with very little loading time on the actual map. But the real kicker is that everything is connected perfectly, so you can actually drive around the US at a reasonable pace. For reference, take a look at this map — to get from Detroit to New York City, it would take roughly 15 minutes. Add in a ton of distractions along the way (including arcade-oriented challenges that can instantly spring up while you’re driving down a highway) and an open world full of players and it starts to feel a lot bigger.

You start off in Detroit, but the main hubs are Chicago, Las Vegas, Los Angeles, New York, and Miami — with some smaller locations like Washington D.C. and New Orleans in the mix. Each area has a distinctly different terrain type, and you can modify your car accordingly in every city to adjust for dirt, street, or highway conditions. Again, this is a massive game just by world map standards, and there is a fast travel option if you don’t want to drive everywhere. 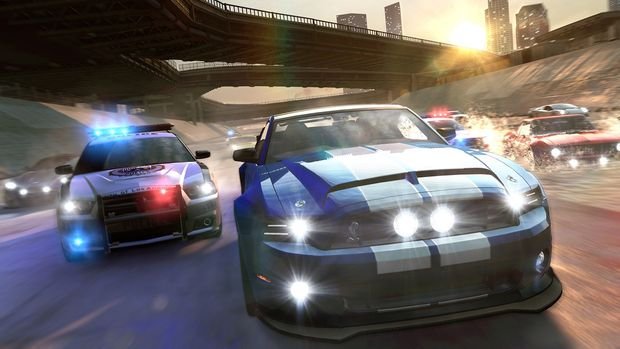 The story and characters are bad in a Fast and the Furious manner, and that’s not a compliment (most of those movies are fun popcorn flicks). Even with a bit of cheese, the actual plot is just plain awful, and serves as a basic setup to drive around the country. In short, your brother was murdered, and after you’ve been framed by the gang who did it, you have to serve the FBI and bring down the bad guys. It’s by the books and could have worked, but the flat and laughable characters make it worse than it has to be. I’m half expecting a gritty Vin Diesel impersonator to pop out and say “I live my life a quarter mile at a time” at any point. In fact, it may have already happened, but I was half-asleep during most of the cutscenes.

Gameplay-wise my experience has been mixed. I love the cool touches like the overhead GPS trail when you are pursuing an objective, and the RPG-esque level-up/part acquisition system always ensures that you feel like you’re earning something. However, the controls, uninspired perk mechanic, and car options fall flat in many ways. The main problem with the handling is that it feels like a weird mix of simulation and arcade controls, which is a problem without going in and tinkering with the options menu.

It’s weird, because at first cars feel like they’re perpetually on ice. It’s not until you tweak some stuff and get better equipment that you feel like you’re really driving a car. Collisions also have a strange feel to them just like Watch Dogs, where you sort of “bounce” off things rather than feel like you’re naturally hitting them. The bar has been raised by games like Forza, so it’s disappointing to see that Ubisoft hasn’t gone all in on car handling. 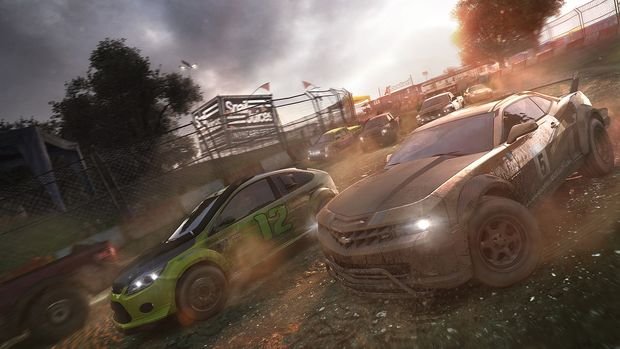 So far I’m pretty happy with how the actual overworld turned out, but everything else in The Crew hasn’t wowed me yet. That’s not to say it’s bad, though. So long as you’re looking for another chance to get your exploration on, I think there’s plenty to like here — but I still have to test out the mechanics and get further in the story to make a full decision.

Stay tuned for our review from Brittany in the future.