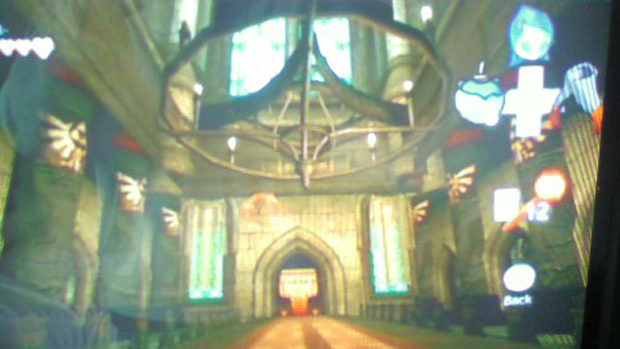 Zelda Informer was sent these screens which are purportedly from an upcoming Zelda titlemaking its way to the Wii. They’re totally fake, as evidenced by the creator later popping up in the Zelda Universe forums and claiming credit for them. Even without that, I had a hard time believing that these photos, unsourced and so forth, had any validity whatsoever.

Still, the prospect of the Roc’s cape (which I contend looks more an alligator clip on a set of jumper cables than clothing in these screenshots — now there’s a useful tool) in a 3D Zelda could be pretty interesting. It would be even better in a 2D Zelda game. But, then, what isn’t?

The images were made with what appears to be an Oblivion mod and then further shopped to look like they appeared on the ancient tube television.

More of these (totally not real) photos and the original images which they were made with are in the gallery below.