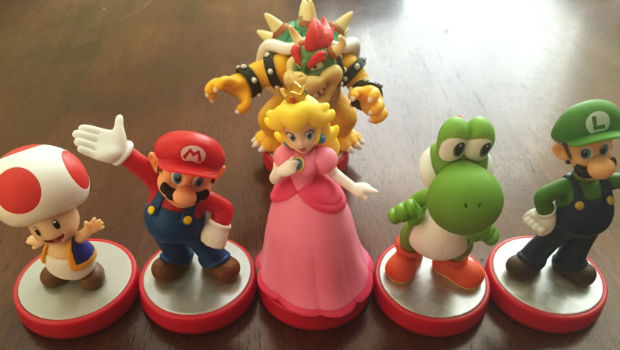 I currently have access to all of the Mario Party 10 amiibo, which are arriving later this month, separately from the existing Super Smash Bros. line. To be clear, the new figures themselves are actually identical in terms of functionality, so you don’t need this specific wave to access the amiibo-centric modes.

It should be noted though that you can’t save two different files at once (you’ll have to choose between Smash or Party for each figure), and Toad, who works with Captain Toad: Teasure Tracker, is exclusive to this line. As a whole the new wave is decidedly bolder with its color scheme, evoking a classic Mario feel that I think feels better on my desk. They’re also bigger in general. With this new style change comes a distinct lack of detail though, which you’ll see immediately in the comparison shots in the gallery below (Party on the left, Smash on the right).

My verdict? I don’t think you need these unless you’re a collector. Just use your existing figures and save your Smash training for your non-Party  compatible amiibo. If you haven’t picked them up yet though I prefer the new line over the old figures. According to a source, they are not rare and should be readily available at launch — including Toad.