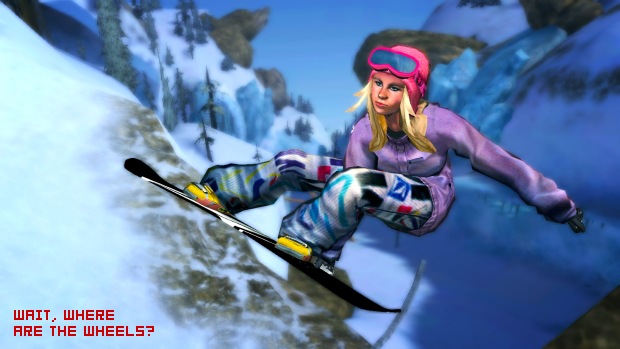 Finally, we get a look at what Tony Hawk: Shred is going to loo like. With Ubisoft’s snowboarding franchise head, Shaun White, heading into skateboarding it only makes sense that Activision’s skateboarding king, Tony Hawk, would lend his name to a game that will feature snowboarding. Of course, we knew that before, but now we know that it will be cartoony cell-shaded skateboarding and snowboarding.

I must say that these screens look pretty nice, and if you have the board from Tony Hawk: Ride it’ll be great to dust it off, set it up, play Shred on it for about ten minutes and then remember why it was collecting dust in the first place and forsake it for a standard controller. I’m not really falling for the supposed tighter controls making that stupid board anymore fun.

It’s a bit odd that this is the first we’re seeing of Shred because it’s coming out later this year, but it’s Activision so I’m sure the marketing machine will get rolling any time now.