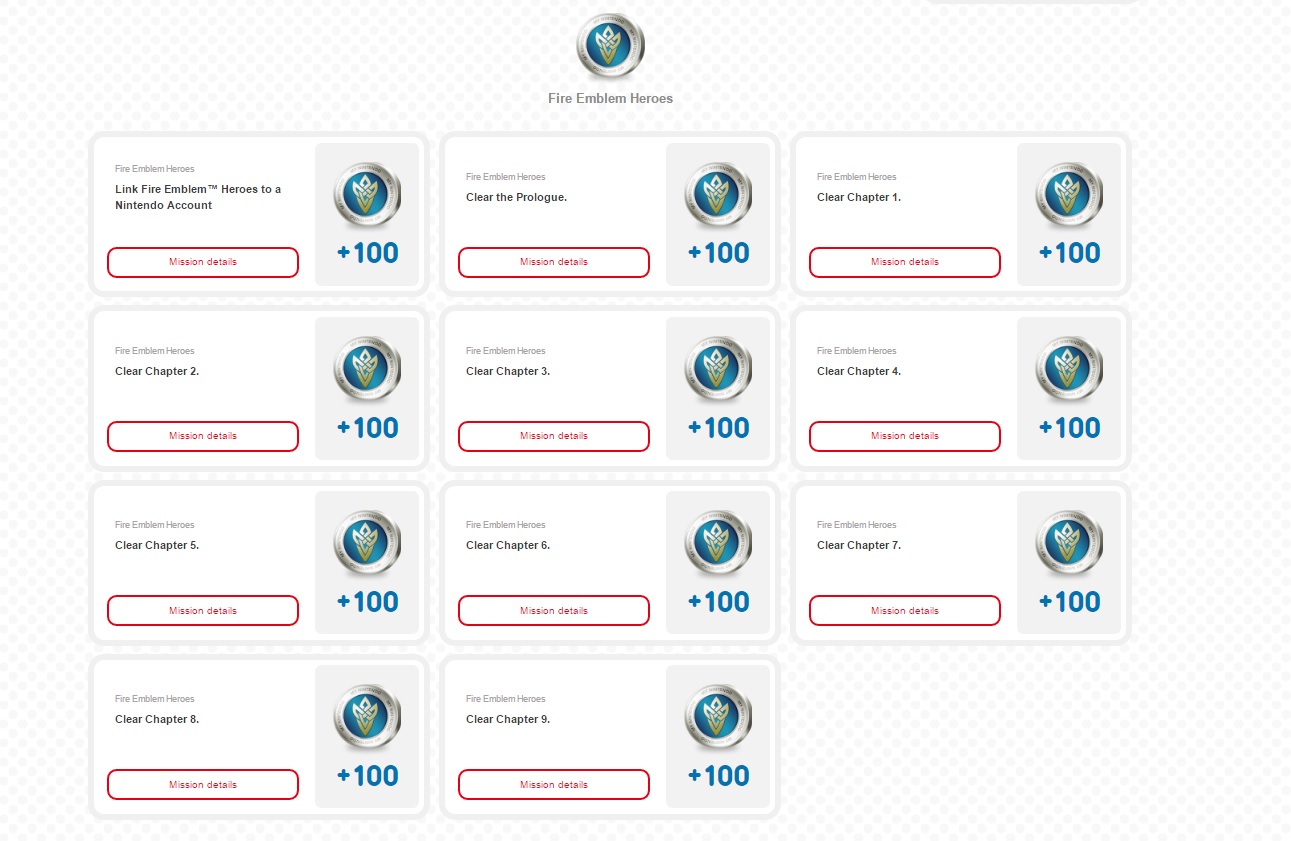 10 Orbs is probably the highlight

Fire Emblem Heroes is out today on Android and iOS, and we’ll be putting it through its paces to see if its microtransactions feel fair. In the meantime you can log into My Nintendo and grab some free rewards, at least one of which is related to said micros.

Just like Super Mario Run, you can earn Platinum Points by playing the game, as well as 10 Orbs, the premium currency used to buy new characters and more energy to play. The gist is simple — if you link your account, you get the 10 Orbs. If you complete a chapter, you get 100 Coins for each clear (there are nine chapters).

You can also buy items with 100 Platinum Coins, from Universal Crystals, to Stamina Potions, to Light’s Blessings, Dueling Crests, and Universal Shards. If only you could buy Orbs with Platinum Coins — it would give My Nintendo an excuse to exist.