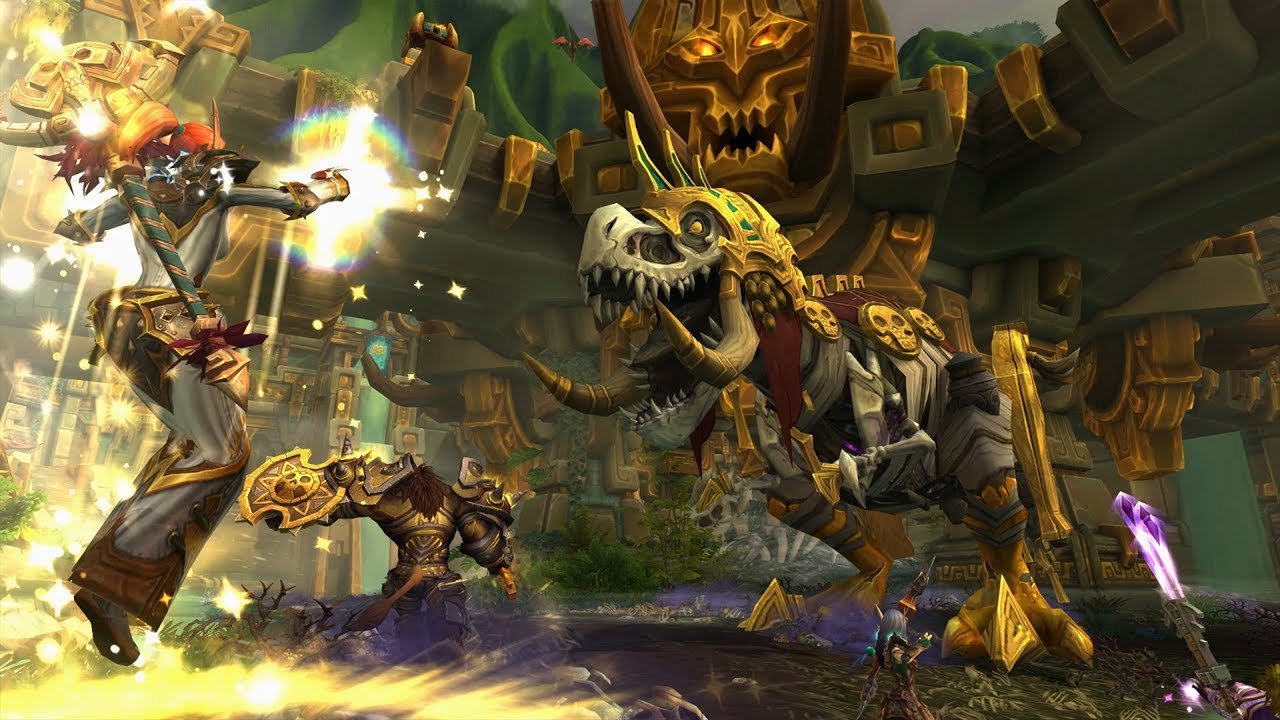 Many classes received tweaks in the form of Azerite power tuning, ability updates, and talent changes. In their class guides, Icy Veins has compiled a list of the relevant changes for each class and specialization in the game.

Icy Veins is part of the Enthusiast Gaming network and covers a wide range of Battle for Azeroth guides, ranging from reputation guides up to the latest raid guides.

Dwarves and Blood Elves are among the first non-Allied Races to receive Heritage Armor in World of Warcraft. If you have a character that’s exalted with Ironforge or Silvermoon at maximum level, you will be able to embark on a short questline to learn more about your race and earn Heritage Armor.

Darkshore has been updated for maximum level, just like Arathi Highlands was for the launch of Battle for Azeroth, with new world quests, rares, and world bosses, available whenever your faction controls the zone. The all-new Warfront revolves around the conflict between Night Elves and the Forsaken.

Whenever a zone is under attack by the opposing faction, you’ll notice new world quests pop up (assault quests). Completing four assault quests will unlock a short questline with various rewards to earn. Faction assaults are very similar to invasions in Legion, where a specific zone was invaded for a couple of hours.

A new currency can be earned from Warfront world quests and Faction Assaults. It can be used to purchase various vanity items, pets, and mounts.

The story of Varok Saurfang continues in Tides of Vengeance and Blizzard — for the first time ever — added an interesting mechanic in the form of an alternative ending to the questline.

An all-out war between both factions continues with a new War Campaign chapter that will be gradually released up to the opening of the new raid.

Most of Patch 8.1 content will not be available until January 22. On this day, Battle of Dazar’alor will open, Mythic Season 2 & PvP Season 2 will start, and dungeon rewards will be proportionally increased.

A new Mythic affix called Reaping is coming in Mythic Season 2. For every 20% on the Enemy Forces bar, Bwonsamdi will summon spirits of the dungeon trash that you killed so far. These spirits will then begin chasing you no matter where you are. Players will need to plan their Mythic+ runs with the new affix in mind and adjust pulls accordingly whenever they hit 20%, 40%, 60%, 80%, and 100% trash killed. Infested — the Season 1 affix — is retiring when Mythic Season 2 starts on January 22.

Alliance players invade the pyramid and their attack culminates in the opening of the raid Battle of Dazar’alor that comes with a unique flashback mechanic that changes your race and racials.

Both Allied Races will be available sometime after the opening of the new raid, but the dates have not been officially confirmed yet. The only information we know right now are unlock requirements for both. More information including racials and playable classes can be found on the official Allied Races website.

[Icy Veins is part of the Enthusiast Gaming Network! Hearth back to the inn and listen up for their World of Warcraft tips and breakdowns.]