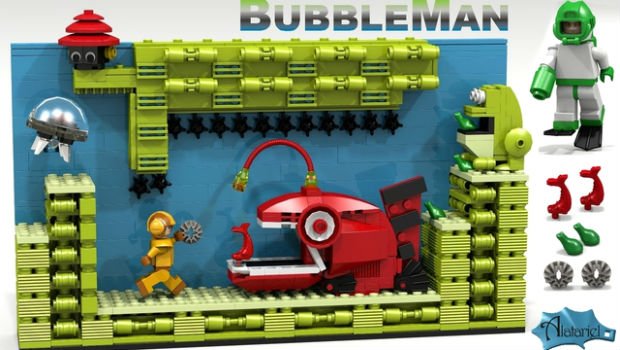 If you don’t follow the world of LEGOs that often, you probably aren’t aware of the Cuusoo program — an initiative that allows people to submit potential LEGO sets for public approval. If a project gets 10,000 votes, LEGO will consider a possible official set for that project.

The latest IP to try the Cuusoo method is Mega Man, compliments of Alatariel. This particular concept is based off of fan favorite Mega Man 2, and includes pretty much every boss in the game, as well as a few select level sets.

Although you may have seen this project already, it only just recently made it in the top ten, so hopefully it gains some traction. In other Cuusoo related news, the Zelda project is nearly finished with 9,366 votes as of this writing!