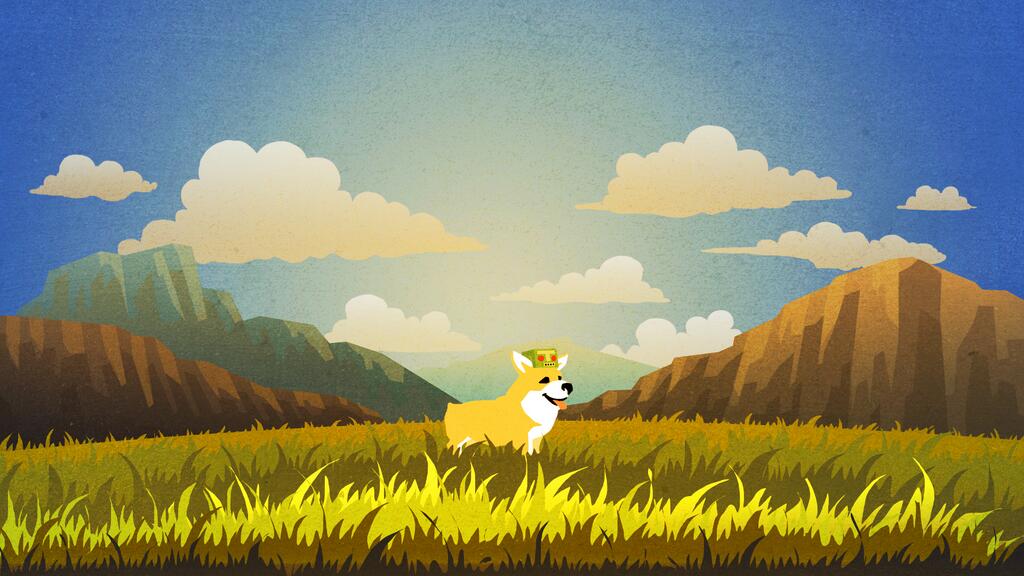 Upcoming game Four Sided Fantasy is a puzzle game that plays with screen wrapping, like their previous game The Fourth Wall. If you haven’t seen it, check it out — it’s gorgeous, and it might scramble your brain if you watch long enough. Oh, and it’s going strong on Kickstarter right now.

Speaking of Kickstarter, one of the newer added tiers has an in-game pet dog as a reward. They designed four because they say they couldn’t decide on one, and they’re letting the backers vote on which dog makes it into the final game. But after creator Logan Fieth sent me the above image last night, there was no way I was going to let a silly pug or husky win.

So I’m thinking you should first get in on the Four Sided Fantasy Kickstarter, as this game needs to be made, and only has five days left to hit its goal. And then you should vote for the corgi. Please. I mean, look at his head!