Coinciding with the reveal of It’s Always Sunny in Philadelphia‘s September 5 Season 13 premiere, FoxNext Games has announced a Sunny free-to-play mobile game that’s set for later this year. It’s seemingly coming to both iOS and Android, as the game’s site is taking registration requests for first access and it lists both platforms.

The concept of The Gang Goes Mobile is that Frank has found himself with a stash of dirty cash, and he needs the Patty’s Pub Crew to launder it for him. It probably won’t be as simple and reasonable as Breaking Bad‘s “Let’s just buy a carwash.” Assume hijinks along the lines of  the “Contaminated Steaks Airlines Miles Loophole” scheme. Nothing’s ever simple and reasonable when The Gang’s involved.

As far as promotional materials go, Charlie’s hand-written note is a good one. It says, uh… something about burning money, a cat inside a phone, and that Charlie needs help. Charlie’s illiteracy has screwed us again! 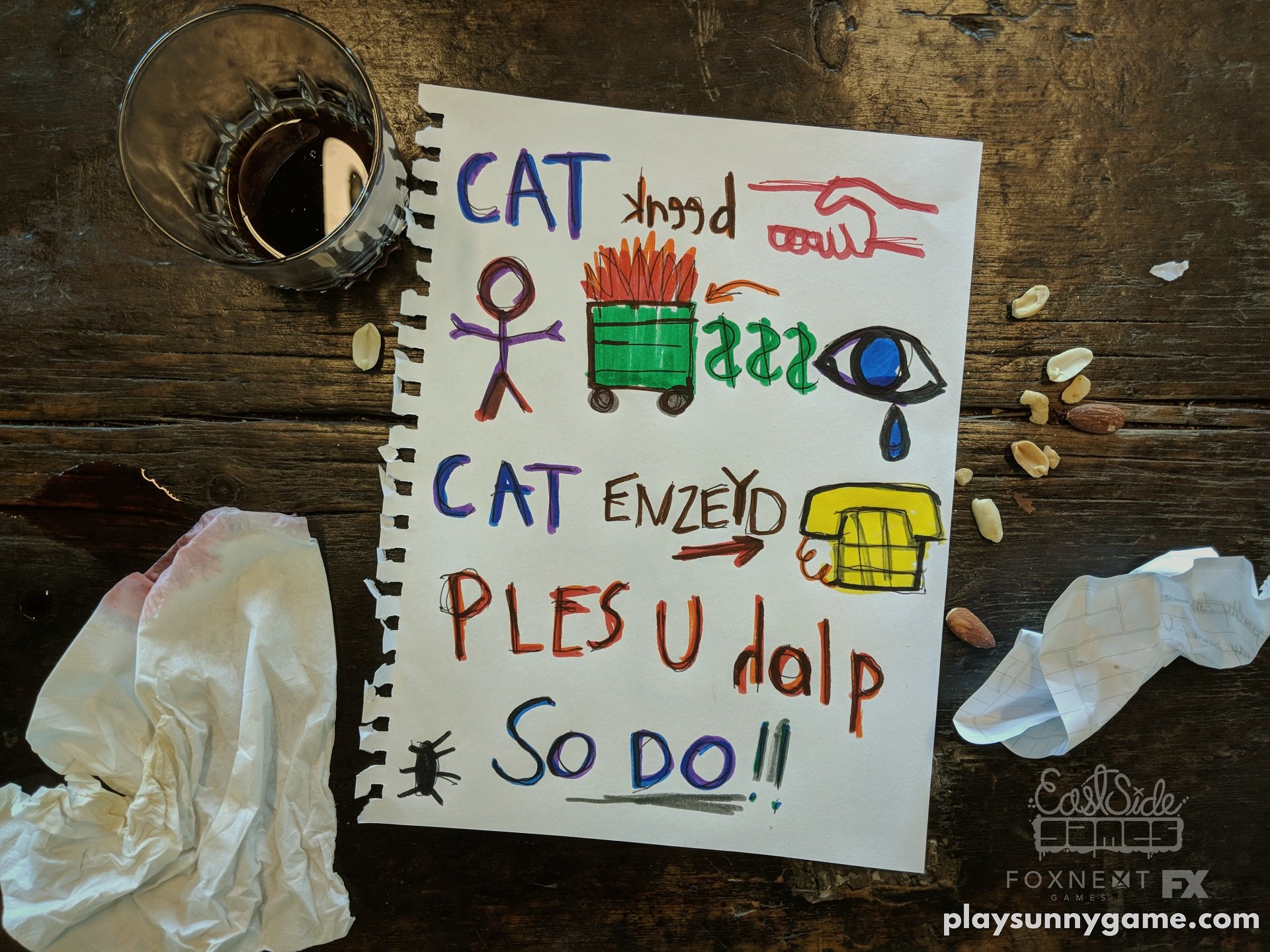