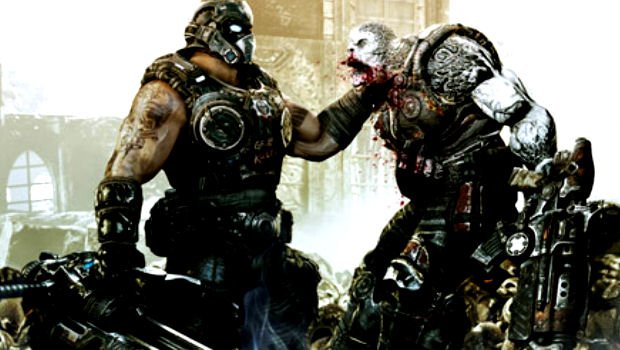 Carmine must die! He didn’t do anything wrong, and he doesn’t deserve it, but it’s the law! Anthony Carmine was slaughtered in Gears of War, Benjamin Carmine met a sad end in Gears of War 2, and in Gears 3, it’s Clayton’s turn. Or is it? This time, Carmine’s fate is up to you, and by voting you get to donate money to Penny Arcade’s Child’s Play charity.

In Gears of War 3, fans get to decide is Clayton breaks or falls victim to the Carmine curse. Epic is offering Avatar shirts on Xbox Live Marketplace — one that says “Save Carmine” and another that says “Carmine Must Die.” To vote, you simply buy the shirt you agree with. The money goes to Child’s Play, and you’ll have had an influence on a major Gears character. It’s win/win!

This is a seriously good idea, I think, and since it’s for a good cause, I recommend that you do this thing. So, what’s your vote? Cake or death?