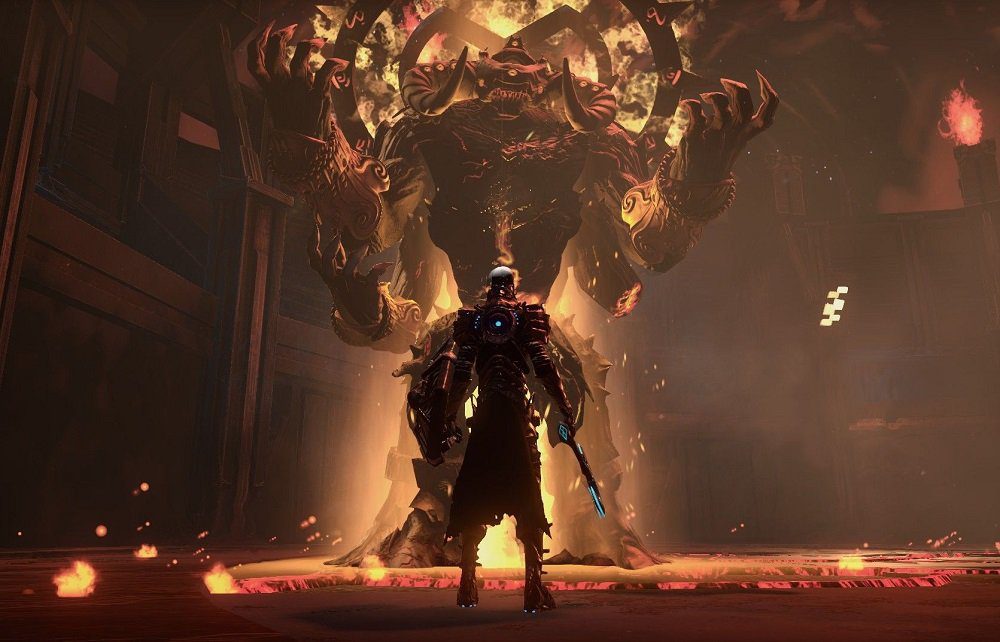 tinyBuild has revealed an official release date for the previously delayed Nintendo Switch port of sci-fi hack ‘n’ slash adventure Hellpoint. Already available on PS4, Xbox One, and PC, the Switch port will launch on the eShop February 25, before launching physically on PS4 and Switch a day later on February 26.

Blending elements of sci-fi, horror, and fantasy, Hellpoint is the story of an anonymous humanoid, who finds themself stranded on the isolated space station Irid Novo. Players guide the humanoid through dark corridors of the hi-tech facility, while battling grotesque, occult creatures and uncovering the mystery behind the space station’s derelict status.

Described by tinyBuild as a “Souls-like” title, Hellpoint also features co-op multiplayer for its story campaign, as well as a hard-hitting Vs. mode. A particularly neat gameplay feature sees the locale of Irid Novo persistently orbiting a Black Hole in real time, with the enemies’ strengths and weaknesses altering in relation to the station’s distance from the anomaly at any given time.

PlayStation 5 and Xbox Series X editions of Hellpoint are expected to arrive later in 2021.