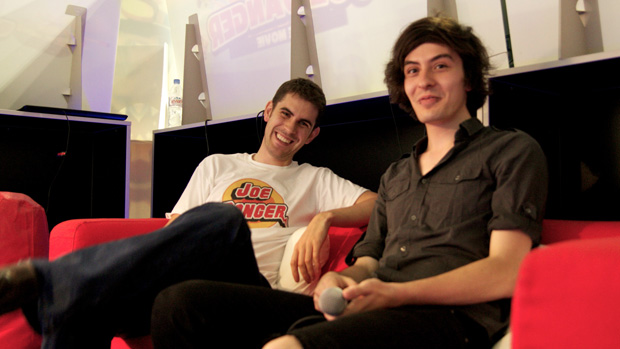 It is fair to say that Joe Danger was an incredibly fun and addictive game. Our own Matthew Razak reviewed it last year and was just as impressed as I was. At gamescom, we had the chance to play the sequel, Joe Danger: The Movie, and talk to the developers.

Actually, the whole team was around their tiny booth, which they set up next to publishing giants like Warner Brothers and Microsoft. We talked about their insane trip from England to Germany and what they’re doing to make a full sequel worth it.