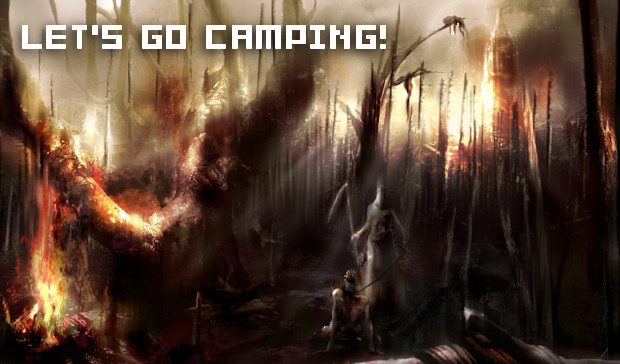 I could make the obligatory Monty Python reference, but I’ll leave that for others. Hellion: Mystery of the Inquisition was revealed a few weeks ago, and now developer Flying Fish Works is back to promote the intriguing title with a Web site and fresh concept art.

In case you’ve forgotten, Hellion is a rather ambitious medieval-themed FPS in which players take on the role of an inquisitor, doing battle against heretics and exorcising demons while encountering a number of historical figures in a brutal 13th Century environment. It sounds delightful, and I really hope the developers can pull it off with style.

Hopefully we see something of the actual game soon. This is definitely on my “must watch” list for concept alone, but I’m itching to see if the gameplay can match the idea.

Frankfurt, Germany / Gdynia, Poland, April 16th 2009 – As the gate to hell is open by today, Flying Fish Works announces the official website for their upcoming product “Hellion: Mystery of the Inquisition”. The authentic platform represents the vision and the fear behind the project and prepares the brave one to face the evil. Starting with new images and insider information about the game’s development, the website will continuously provide valuable content to the community.

“Hellion: Mystery of the inquisition” is an extraordinary First-Person-Shooter set in the 13th century. As an armed man of the newborn Inquisition, the player will battle heretics, execute exorcisms, face demons and unintentionally become part of a political and religious intrigue. It is an epic journey through different medieval cultures full of real-life characters, wild animals, rough warriors, powerful Templar knights, deadly assassins and, ultimately, horrifying demons.