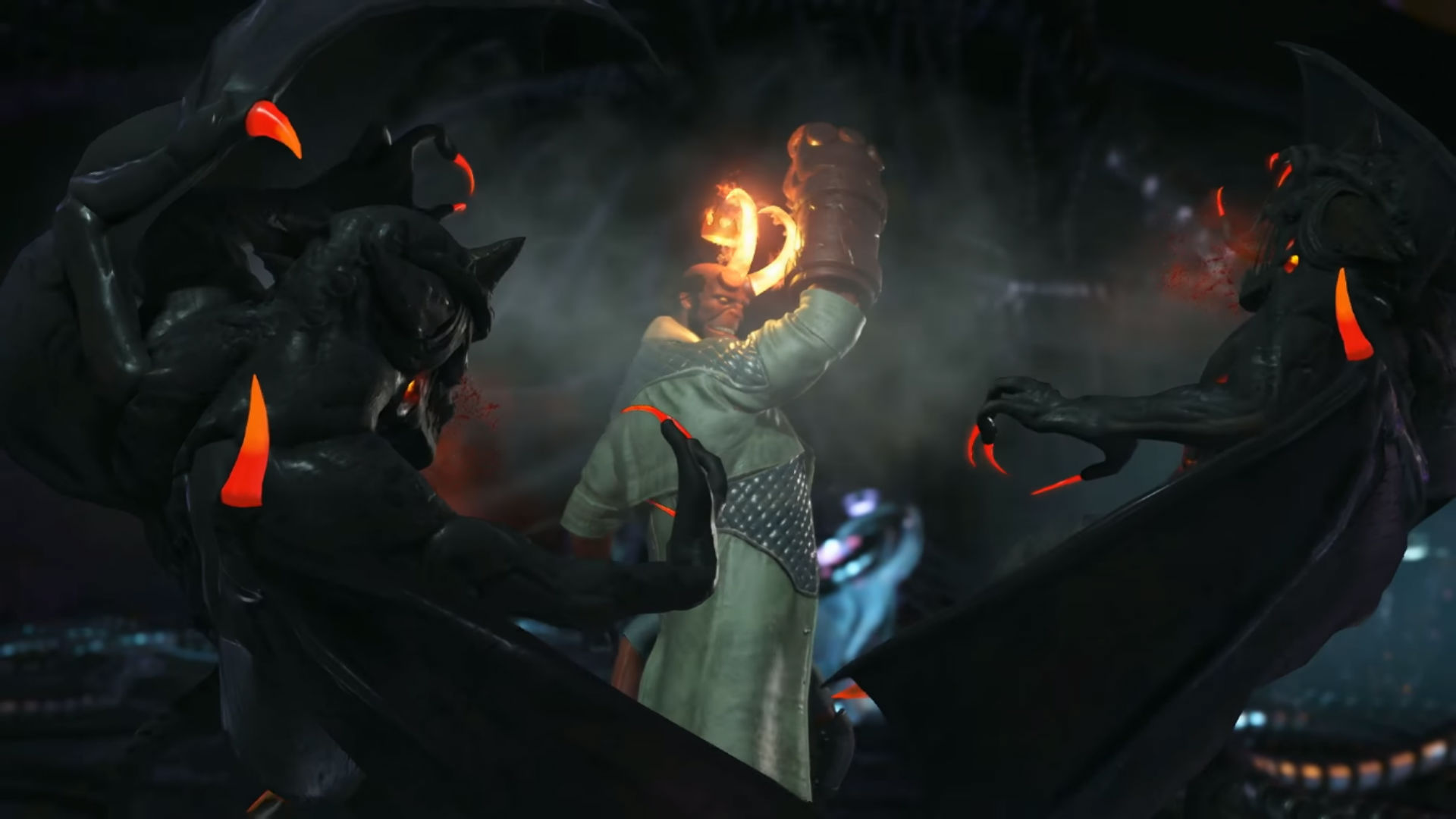 Boy he bout to

Hellboy was my most anticipated character from Injustice 2‘s second wave of DLC, as I’m sure was the case for most as he’s a big guest character, and now it’s great to finally get a look at how he plays.

Although he has some tricks up his sleeve with holy water and the like, he seems pretty forward and self-explanatory. I definitely dig characters who just walk up and punch dudes in the face, and if that’s not true to Hellboy‘s personality I don’t know what is. His trait acting as a sort of “devil trigger” is a nice touch too.